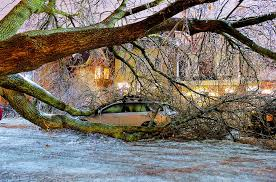 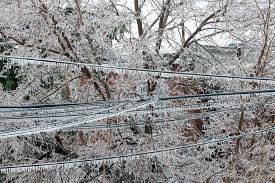 As a journalist, as well as being an evangelist, it is often time one of my duties to try and get my readers thinking, to get them to look outside of the box and past themselves and their miniscule little lives, and this happens to be one of those times. So here goes.

No I am not putting anyone down, for if we think about each of our lives looking at things as God might see things, one person’s existence and situation is a very tiny tiny fraction in comparison to that of say a whole city, or a country, or yes, the whole world as we know it.

How many of the little things in life do we simply just take for granted or, maybe never even think about. This past Saturday December 21, 2013 evening was one of those instances for me and my household.

I live in Toronto, Ontario, Canada, one of, if not, Thee largest Metropolitan cities in Canada, boasting a population of over 2 Million in population.

It was about 11:00 p.m. and we arrived back home to our 8th floor apartment from a pre-Christmas party, only to find out that our building was in a blackout.

You see rather than snowing, all day long it had been raining, and as the temperature dropped, the rain began freezing over all of the trees. The more rain, the more ice that accumulated on the trees, until the branches could no longer support the weight of the accumulated ice, and the tree branches began to break away, many crashing across hydro wires, causing the wires to break away thus the hydro interruptions all over the city and outlying regions

Now for us, under normal circumstances, this wouldn’t be much of a problem and but a minor inconvenience. A power failure meant we had to climb our way up the stairway to the 8th  floor and let ourselves into our apartment using a flashlight to find the keyhole. Again, under normal circumstances, we would normally climb into our nice warm bed and sleep ‘till morning and wake up with the hydro having been restored while we slept.

Surprise of surprises, Sunday we awoke to discover that we were still blacked out, and it wasn’t just our building, or even just a small grid that was facing this blackout, but over 500,000 residential homes, apartments and businesses were without hydro, running water, cable services, and heat. Can you imagine more than one quarter of our Metropolis not being able to function for lack of Hydro.

But, this was not to be the total extent to the predicament we were in. The simplest little things in our eventless lives, the most mundane of tasks like brushing one’s teeth, or flushing a toilet, or cooking something to eat, we could no longer do, and that was just inside our household.

Sunday, we descended the stairs, hopped into the car and headed out for church, and as we were driving along, I was able to notice, that stores were closed, and even the gas stations were closed. Why? Because their gas pumps are electrically operated as well as the cash registers, they couldn’t ring up the sale, even if they wanted to. As we drove along, I was listening to the car stereo and the radio station was reporting the disastrous situation we were face to face with.

We have become such a fast moving, high-tech city, and country, and civilization, it got me to wondering just how effected and infected we might have become.

No hydro means no TV, no cordless telephones, no cell phones, no MP3 players,  no computer games or Gameboys,  just to mention a few . That spells no communication with the outside world, not to say no way to entertain one’s child or children.

Go to your kitchen. Oops,  you can’t nuke anything because the microwave operates with hydro, your fridge, freezer, and stove are all probably electric.

Let’s take things a step further, the car you drive is operated by gasoline, but, it is also operated by a computer system, not to mention the fact that most of us today have a GPS system linked to the cars computer to help us navigate to where we want to go.

No grocery store or store like Walmart, or The Brick, no appliance store or electronics store you name it can operate without hydro, they cannot scan the bar-codes, nor can they take your cash or carryout a debit or credit transaction without hydro electricity. That means you cannot buy purchase the things you need or want. Guess what without hydro, we are all screwed, because the stores cannot operate.

Now all of this wouldn’t be so terrible if it could have been corrected in a few hours, but guess again. It is now December, 26, 2013 and there are still approximately 125 thousand households without any of the comforts we take for granted from hydro. Hopefully, within a day or so that will be corrected and things will get back to normal. But wait. What if we get another ice storm? Will you be prepared to wait one out. I had to suffer through but 3-1/2 days of being without and being cold and hungry. What about the others still suffering and what if it happens again.

I’ll tell you something upbeat about this all. Hospital, Emergency Response teams, Fire Companies, Hydro Workers, Cable company workers, and yes not to mention tree cutting and tree limb removal companies will make a fortune from this disaster.

According to current governmental reports it is going to take upwards of  75 Million dollars to pay for this little ice storm. It will probably take thru March to get Metropolitan Toronto’s tree downfall cleared and it all could have been avoided had it snowed instead of rained that fateful Saturday.