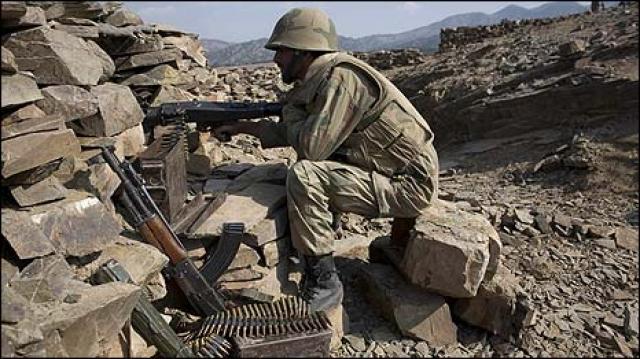 Use and employment of all the elements of national power to achieve the goals set by political policy is called strategy. This world is fastly evolving place where according to Henry Kissinger “there is no permanent friend or foe of a state. Friendship and enmity depends upon convergence or divergence of national interests of the state. relations between states evolve hence  national intrests modify as a result of new realities.  National Strategies are made on the principals of National Interests  not on emotions or on liking disliking.

Around 7th Feb 2010, Pakistani and American agents raided on a building in Karachi and Arrested Afghan Taliban’s Number two Mullah Abdul Ghani Brader. Brader belongs to Durrani tribe which biggest Pashtun tribe in Afghanistan, where as Tehrik e Taliban Afghanistan is dominated by Gilzai tribe which is in lesser number then Durranies.Mullah Brader is also said to be brother in Law of Mullah Muhammad Omer, whose sister is married to Brader. He is also one of the founding father of Taliban Movement in Afghanistan.

Arrest of Top Taliban commanders marks the clear Policy change in Pakistani Strategy. This change is not due to any American or NATO pressure but is due to growing TTP support from Afghan Taliban. Now it has become clear that it was Afghan Taliban, who mediated between Hakeemullah Mahsud and Wali Ur Rehman Mahsud and avoided the breakup of Tehrik e Taliban Pakistan. It was also Afghan Taliban who gave refuge to Molvi Faqir Muhammad who escaped to Afghanistan due to Operation Sher Dil and are now giving base and help to TTP extremists fighting in Bajor Agency, Mohmand and Malakand.

Immediately After the arrest of Brader, TTP and TTA (Tehrik e Taliban Afghanistan) links became prominent to ordinary news paper readers. The  series of Suicide bombings and terrorist incidents  increased after a long calm, for example 0n 9th Feb  an Army heli  crashed in Khyber agency and rescue party was targeted by entrenched Taliban of Mangal Bagh killing a brigadier and Injuring a Lieutenant Colonal. on the same day A suicide bomber rammed an explosives-laden car into a khasadar patrol vehicle, killing 17 persons, including 11 khasadar personnel in Wazir Dhand area of Jamrud tehsil in Khyber Agency of FATA.

Similarly on 10th Feb. Police Line in Bannu was targeted by Suicide bomber in which 15 people were killed including Brave DPO (District police Officer). Yesterday again a Suicide bombers struck the base of Mangal Bagh killing score of people but it was probably due to  inter militant conflicts.

Interestingly the main areas of reaction came from Khyber agency and areas around Aurak zai, which means that Pakistani Security agencies have effectively controlled TTP and are now squeezing them from all directions into Aurak zai and Khyber.

I have always suggested that the main reason for rise in extremism in the region is American and NATO conduct with Pashtuns. In past NATO and ISAF considered every Pashtun as Taliban and Helped Northern alliance war lords in Pashtun Genocide which resulted in imbalance of Power in Afghan society according to ethnic realities, hence frustrating Pashtuns and forcing them to become Taliban.

Pakistan from day one advocated for Pashtun rights because world’s biggest chunk of Pashtun Population resides in Pakistan.  Pakistan understands and respects the Pashtun people. Pakistani Leadership advocated that Pashtuns should be given right place in Afghan state because if Pashtuns are angry their will be no peace in Afghanistan and the anger will cross Durand Line and will also create conflict in Pakistan. Pakistan’s advocacy for Pashtun right was considered as soft heartedness for Taliban.

Every Tom, Dick and Harry started accusing Pakistan for helping Taliban without realizing that it was Pakistan who was suffering the most due to extremism and sacrificed thousands of security personals and civilians in fight against terrorism. Alas no one realized but things started changing when the intoxication of power started vanishing from Americans and NATO generals and forces and they started realizing that instead of weakening Taliban their show of Power is making them stronger.

US officials started realizing that humbleness was required to fight extremism not B1 bombers and Daisy cutters and info-centric heartless fighting machine which was helping only Taliban in their Recruitment drives.  Things became so bad that even American Generals started Acknowledging that Taliban were winning and NATO was losing.

When Americans were coming out of their Hang over, on other side Pakistan was making progress in Fight against extremism. Pakistan Army was writing history with its blood. The strategy adopted in Swat Operation and SWA operation was Painful and complicated and required lots of Patience and blood from security forces but ensured public support and marginal collateral damage. Pakistan army knew all along that it was fighting extremists not its own Pashtun Population and it knew it needed the support of Population to win. In the end Pakistan preformed many times better then the most sophisticated war Machines of America and NATO.

Lesson learned by Pakistan were adopted by ISAF. In July Last year same armies which failed to do anything significant in their much advertised OPERATION KHANJER ,are now progressing in their new Operation Mushtriq only because they are in senses and know that innocent killed by them will multiply their enemies and they are trying their best to  create good impression in public.

It appears that at present American and NATO interests are again converging. This is why Pak American relations are looking excellent. But will they be same in future, its a million Dollar Question.

At present US is putting pressure on INDIA to behave but will American stand be same. I think today’s friendship with US is only short term. US have time and again proved that it is pragmatic and is unreliable unless it has interests. Tomorrow when all is well it will dump Pakistan and look for good relations with India which is an emerging military and Economic power. India is a big Market and an enemy of China, where as China is Pakistan’s most relied ally and friend.

Politics is game of trickery. Nations don’t play on short term tactical benefits. Pakistani leadership should learn from History and device strategy according to long term goals. Just Like Taliban, who were never long term friends so are Americans. For them their National Interests are superior to all rules of Morality and civilization so should our interests be for us. It’s a decisive Point of Over history. We have to take every step with care. We have suffered a lot due to American friendship. We should not suffer in future. Remember what American think Tanks wished for Balochistan and NWFP. They projected what they thought to be in their interests. Now as a sovereign nation it’s our duty to be aware and on Guard.

for comments and feed back write to==> mbik14@gmail.com