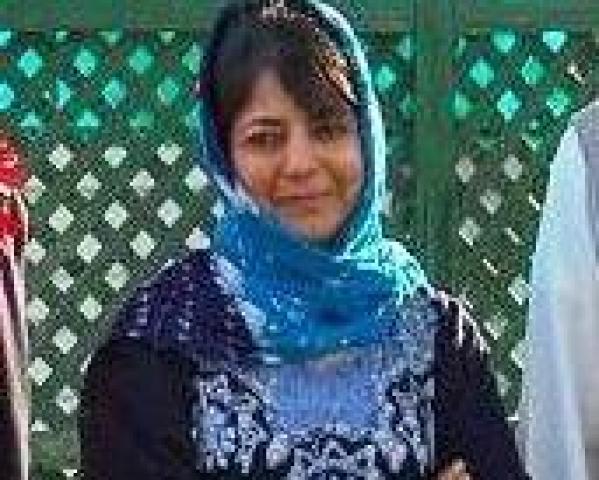 Peoples Democratic Party (PDP) President Mehbooba Mufti has said the Chief Minister Omar Abdullah’s refutation of the presence of Taliban in is the result of a strong opposition that called the bluff of his government immediately after the leaks were made to the media on the issue.

Addressing a series of election rallies in Devsar and Shangus constituencies today, Mehbooba said the Chief Minister had acknowledged only what she and her party had been saying from day one after deliberate leaks were made by his agencies about infiltration of large number of militants including the Taliban into .

Mehbooba said NC had a vested interest in destabilized conditions and it had deliberately tried to create a fear psychosis among the people. “It wanted to create an atmosphere of fear in the whole valley to prevent people from voting in the Lok Sabha polls as it had done during the Assembly elections in the city”, she said and added that PDP had rightly questioned the veracity of the State government pronouncements on the issue.

Responding to Omar Abdullah’s claim that NC had not benefited from low turn out, Mehbooba said he was trying to refute not just history but also the most recent facts. She said, NC having lost seats and vote share in all regions of the State was in power only because of its unfair tactics in . “Take away the eight seats of , where a low turnout was managed by NC, and the entire thesis of a popular mandate for the ruling party gets demolished”, she said. In the past also right from 1952, NC had grabbed power by either rigging, creating dissensions in the society or by people’s non-participation in elections.

Mehbooba said though Omar Abdullah had to eat his words on the presence of Taliban, his party in collusion with some members of the administration was trying to create fear among people. Innocents were being harassed through police at some places by framing them in false cases, PSA was invoked indiscriminately and NC workers were resorting to their old goonda tactics.

On the other had, Mehbooba said quality of life was deteriorating in all aspects. Scarcity of rations was acutely felt in rural areas and the dismal power scenario is now a routine. Though the Chief Minster had announced increase in the scale of rations to 11 Kgs per head, even the 5 Kgs available previously was not being supplied at most of the places.

The tall talk of the Chief Minister about power supply was nothing more than a false claim, Mehbooba said and added that the entire valley had plunged into darkness. What happened to the promise of reducing power tariff, removing electric meters, subsidizing LPG and giving 1 lakh jobs in the first three months of the formation of new government?