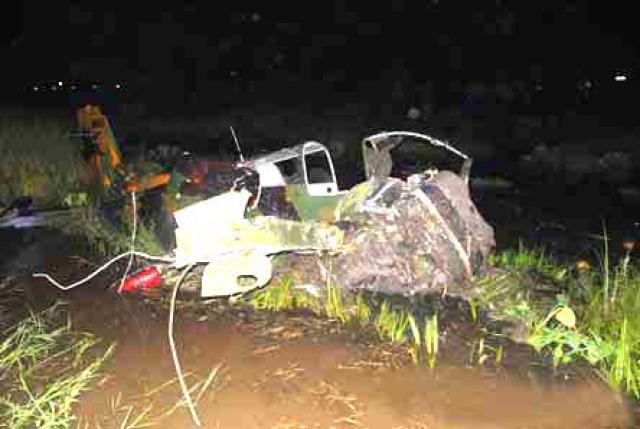 The Two LTTE light Air Crafts which were destroyed yesterday in Colombo carried around 250 Kilo Grammes of Explosives including  the Explosives stick to the bodies of the two deceased pilots and it was a Suicide Mission Sri Lanka’s Air Commander Air Marshal Rohan Goonathilake said to day. Even the Air Crafts were destroyed these Explosives are luckily not exploded he stressed.According to the Air Commander LTTE Air Crafts mainly Targetted the Air Jets belongs to the Air Force  which are used to destroy LTTE  installtions in the  North.

Meanwhile the body of the second LTTE Air Craft Pilot too found near the crash site in katunayaka.Negombo Magistrate to day hold an Inquiry on the incident and samples were taken from the  body of the pilot for a DNA Test to identify whether he is  a Sri Lankan or not.

The debris inside the Inland Revenue Department in Colombo where one of the Air Crafts was crashed in to removed to day including the engine belongs to the Craft crashed .Some of the buildings near the crashing site including the Scouts Association Building too got damaged due to the crash. Government to day announced that the important files and statistics belongs to the Inland Revenue Department are safe and the Department will re commence their activites soon.