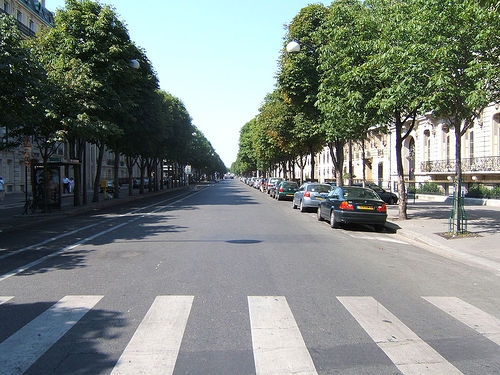 I have been following the Paul McCartney-Heather Mills breakup quite closely. (I recognize this is morally wrong, however.) Yesterday, Sir Paul locked her out of their London townhouse. When Heather’s bodyguard climbed to the second floor to enter the window, McCartney had him arrested.

I was surprised to learn that Paul is now worth $1.5 billion. Last I knew, he had $.5 billion, and was already the richest rock star. Heather is believed to be asking somewhere between $20 and $400 million from him.

"What went wrong?" my friend Julie asked yesterday, about their marriage. My theory is that Paul had no time to grieve, after the death of his beloved wife, Linda. That’s the danger of being rich and a celebrity — you can bypass mourning. And mourning is a human necessity, like food and art.

Last night, I met Paul in my dream. We were discussing the Beatles songs, and I mentioned their careful craft.

"Yes, but we weren’t afraid to wreck the middles!" McCartney said excitedly.

That’s why the songs are so good, he seemed to be saying. The Beatles had courage in the middle of each song — they relaxed some of their control.

I listened to Sgt. Pepper’s Lonely Hearts Club Band closely for the first time in 27 years. (My friend Etan gave me the tape, for my birthday.) It’s hard to believe this short collection of slight songs was once considered radical. Many of the melodies are in the style of the 1920’s. The record is extremely English. (In the lyrics, everyone is constantly having tea.) Few of the songs have remained popular, or were hits to begin with. The only one you hear on Classic Rock stations is "Lucy in the Sky With Diamonds" — and rarely.

The record is invigorating by a subtle competition between John and Paul. John is more ambitious, and also wrote more songs. (I assume Paul composed the sentimental — and duplicitous — "She’s Leaving Home.") John experiments with tape loops, and strange chords, in the chantlike endings of "Good Morning" and "Lovely Rita, Meter Maid" — endings that would be elaborated on in "I Am The Walrus" and "Hey Jude."

Sgt. Pepper’s is a group of mild little songs, embroidered with a few Schoenberg and John Cage influences. None of the lyrics are well written. The "concept" of this famous "concept album" seems to be "songs we almost threw away." Beyond that, the "Sgt. Pepper’s" ditty which begins the album, and reprises later, attempts to establish some continuity.

"He blew his mind out in a car" could mean "he had an awakening." (I never noticed that before.)

The one admirable song is "Within You and Without You," George Harrison’s exposition of the Dharma. The lyrics are clumsy, but basically yogic. It was wonderfully brave of The Beatles to include it. (And the joke at the end — the audience tittering — is subtle.) Real Indian musicians sat in The Beatles’ studio in London and played exalted music. This song is almost completely forgotten.

Because I was 10 when the Beatles came to America, I didn’t understand their sexuality (except in a subconscious way). Using one of today’s terms, they were "girly-men" — they combined attributes of females and males, and not just in their haircuts. Their wit, and spontaneity, were both boyish and girlish.

Of course, much of their style derived from the turn-of-the-century English "decadents." In a sense, they were four working-class Oscar Wildes.*

My family watched a DVD of John Lennon and Yoko Ono on the Dick Cavett Show, September 24, 1971 (my third week of college, at Cornell). Lennon is completely charismatic, but with a very mundane mind. "I’m a working-class guy, I use ordinary words," he says at one point, which is true. (This was their Maoist period, I believe.) Yoko is gorgeous in a low-cut blouse and black beret, and when she speaks, she is too intelligent for American television, even then. "American art brings a sense of humor to the world," she observes.

After John and Yoko leave, a scientist named Robert Citron, attired in an absurd polyester tie, mustache and helmet-hair, walks out. (At first, I thought he was a comedian pretending to be a scientist.) Citron was from the Institute for Short-lived Phenomena, which had recently been founded. He showed film of a volcano which arose in the Pacific Ocean, formed an island for two weeks, then disappeared. Citron really came to life, however, when describing the mysterious squirrel migrations two years before. Thousands of squirrels traveled across America, appearing in unlikely locations. "Squirrels don’t normally swim, but we had reports of 12 squirrels swimming together, on a lake in Tennessee!" the scientist exults. "A woman on the 23rd floor of the building in Manhattan looked up, and there was a squirrel, climbing on her window!"

On Election Night, I turned on my radio, to try the hear the results. Instead, I found a Chinese radio station — on the far right hand of the FM dial, around 1600. A man spoke in Chinese (or another Asian tongue), sometimes chuckling. Suddenly, I noticed a soft-rock song from the 1970s playing. (Perhaps Bread?)

"Did the station drift?" I wondered.

But no, the DJ returned, with his flowing banter. After some time, a second song began: "Desperado" by The Eagles — live!

Something clicked within me. Just before the song began, the man had said something like: "Des-pel-ado."

After the song ended, I listened to him more closely. After about two minutes, I could understand him say, "The Letta" and "The Boxatops."

Sure enough, The Boxtops began singing: "Cause she wrote me a letter…"

Suddenly, I liked these old songs. I no longer found them tedious and cloying.

Perhaps it’s not rock music I’m against — it’s just the rock DJs. Without the clutter of American culture around them, the songs are pretty.

I wonder if I would enjoy The Beatles, with a Chinese DJ…?

I wrote this new poem:

The Beatles
were
unarmed.

The poem evokes the gentleness and innocence of the band — in contrast to the rock groups before and after them. Elvis and Gene Vincent looked like they carried guns. (Jerry Lee Lewis certainly did.) And contemporary bands like Linkin Park and Tool seem well-armed.

With their cute little suits and identical bowl-shaped hairdos, The Beatles seemed less like a rocknroll band than a team of elves. I cherish the promise of pacifism they offered. (I just hate their music.)

And look how they were rewarded for their peacefulness! One was brutally stabbed, in England (where there are few guns), another shot to death in New York City (where there are roughly a million guns).

Last Thursday I visited Albany, New York. On my way home, I arrived at the bus station a half hour early. "I’ll go for a little walk," I decided.

I had walked two blocks when I found a bar called Red Square. Outside was a sign: "Jazz 5-7 PM." I looked inside, but the bandstand was empty.

Nonetheless, I wandered into the bar. A longhaired youth stood by a table displaying cards for upcoming shows.

"Yes, they’ll be going on soon," he replied.

Something about the way he spoke suggested he himself was in the band.

"Are you in the band?" I demanded.

"What’s the name of the band?"

He looked embarrassed. "We haven’t decided yet. Maybe ‘Satchmo.’ This is only the second time we’ve played."

Soon after, he walked to the bandstand, and sat behind the drums.

After some warmup noodling, the group began to play. They had an electric bass, a saxophone, a guitar. The musicians read from sheet music. I didn’t recognize the tune, which was minimal and rather nonmelodic — perhaps a Wayne Shorter song from the late ’60s.

The guitarist soloed first. He played few notes, and never got very fast. I enjoyed his methodical, thoughtful style. After awhile, he lost his place in the song and never quite regained it. Then the saxophone took over, quite loud and confident — though playing in a neo-Fusion style (as if each phrase were being quoted from somewhere else). The drummer used too much snare, and didn’t have much subtlety.

Nonetheless, Satchmo (or whatever they were called) was playing jazz, the multivalent art form in which one may become, at any moment, a genius. They chose to keep jazz alive, the way the Dalai Lama chooses to keep Tibetan Buddhism alive. And sometimes, for as long as 12 seconds, Satchmo was great.

When The Beatles were beginning, Paul would say to John: "C’mon, let’s write ourselves a swimming pool!" (In other words, if they had a hit record, they could buy a pool.) Later, they replaced this entrepreneurial greed with spiritual pieties like "Mother Mary came to me, speaking words of wisdom…" But both eras share a certain self-righteousness. Both capitalism and mysticism assume an air of moral superiority.

But jazz is the opposite. Self-righteous jazz is no more possible than self-righteous gardening. To succeed in a bop trio one must forget one’s identity. Rock music is about the public self; Paul McCartney always beams out the Paul McCartney persona. But jazz is like Gregorian chant. Even Thelonious Monk became momentarily anonymous, while he played. During his solos, Thelonious had no name.

Filed under: Opinion
Share Tweet Pin G Plus Email
previous article: Heard by a Bird
next article: Photography can be a Savior for the Natural World.