In the areas where salinity ratio of ground water is higher, rainwater becomes precious for the life of the people living there. 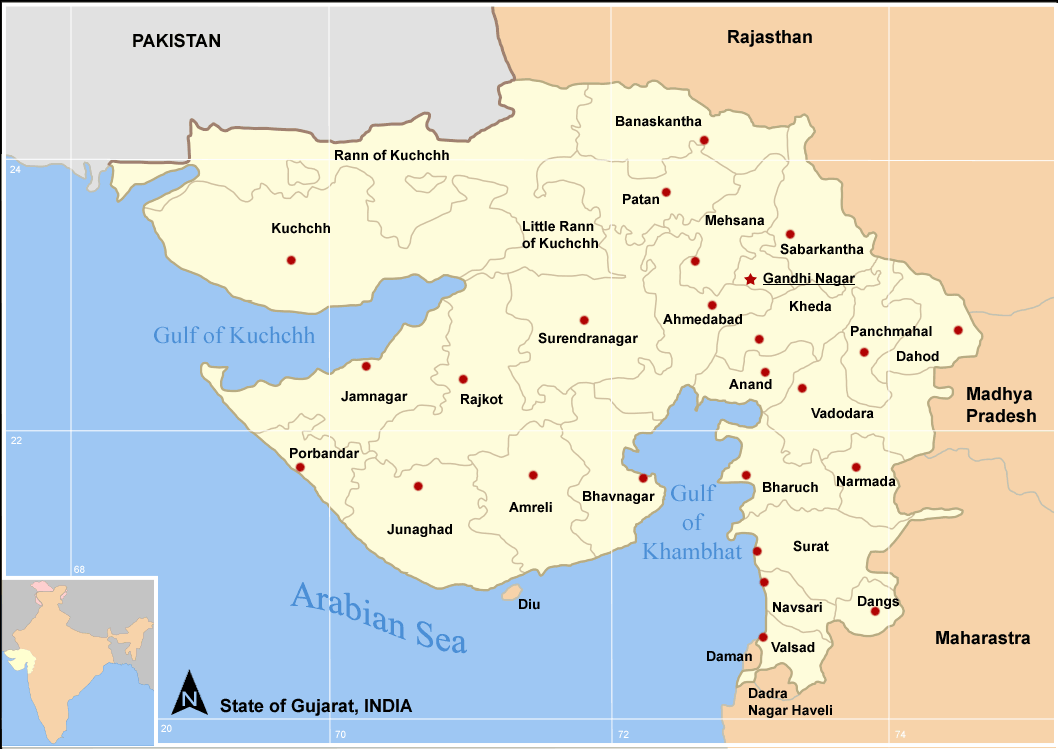 People living in Gujarat have to conserve this life giving water to use it in their day to day life. A unique way of conserving rainwater has been invented by the people living in Bhal region of Gujarat. To avoid the mixing of rainwater with saline ground water they have opted to do the difficult task of constructing tarp-lines lakes or lining the lakes with tarp (tarpaulin). 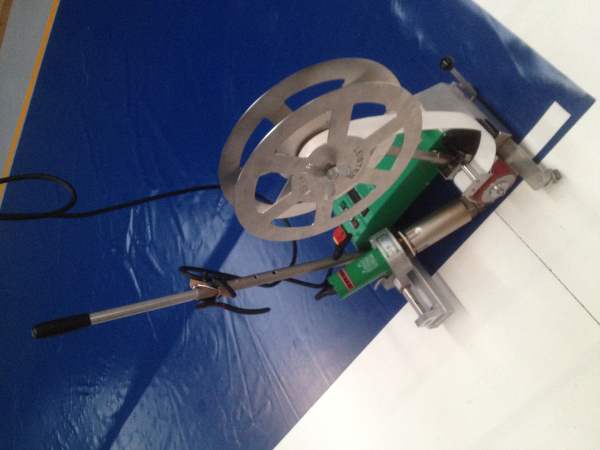 A number of villages in this region are facing severe scarcity of drinking water for nearly two years due to the reduction of drinkable ground water levels also alongwith increase salinity in it. Villagers have to depend on the water supplied by the Rural Water Supply department through water tankers. Though this area gets enough rain falls in the rainy season but the increasing amount of salinity in the ground water had severely worsened the situation.

Rain water is used for drinking purposes in several other regions including the districts of Cheruvu, Yellanur, Putlru, Anantapur and Amadagur in Gujarat due to the steep fall in the ground water level. The water level in bore wells in these regions had fallen considerably within last few years. The fall of ground water level had affected almost all the natural water resources in Gujarat.

Even in the urban areas people are opting for constructing their private ponds, individual or communal, to collect rainwater for fulfilling their day to day needs. Though state government is also introducing new mega water supply projects to provide sufficient drinking water to urban as well as rural population in this state but it may take some time to complete these projects.

According to a submission made in Dholera by the officials of the CSPC (Coastal Salinity Prevention Cell), Ahmadabad, saline water is available just eight feet deep in the earth. In the rainy season all of the ponds of this region get filled with life giving rainwater but the seepage of saline ground water into the clean rain water in the ponds and lakes make it not usable for drinking in the daily routine for the people. Officials further said that this water can not be used for drinking purpose even for the animals also.

In order to save the life giving rain water the officials of CSPC had introduced a new project in the Rajpur village, with the help of the farmers of this region, under which they have planned to line the walls and the bed of the lakes with tarpaulin. 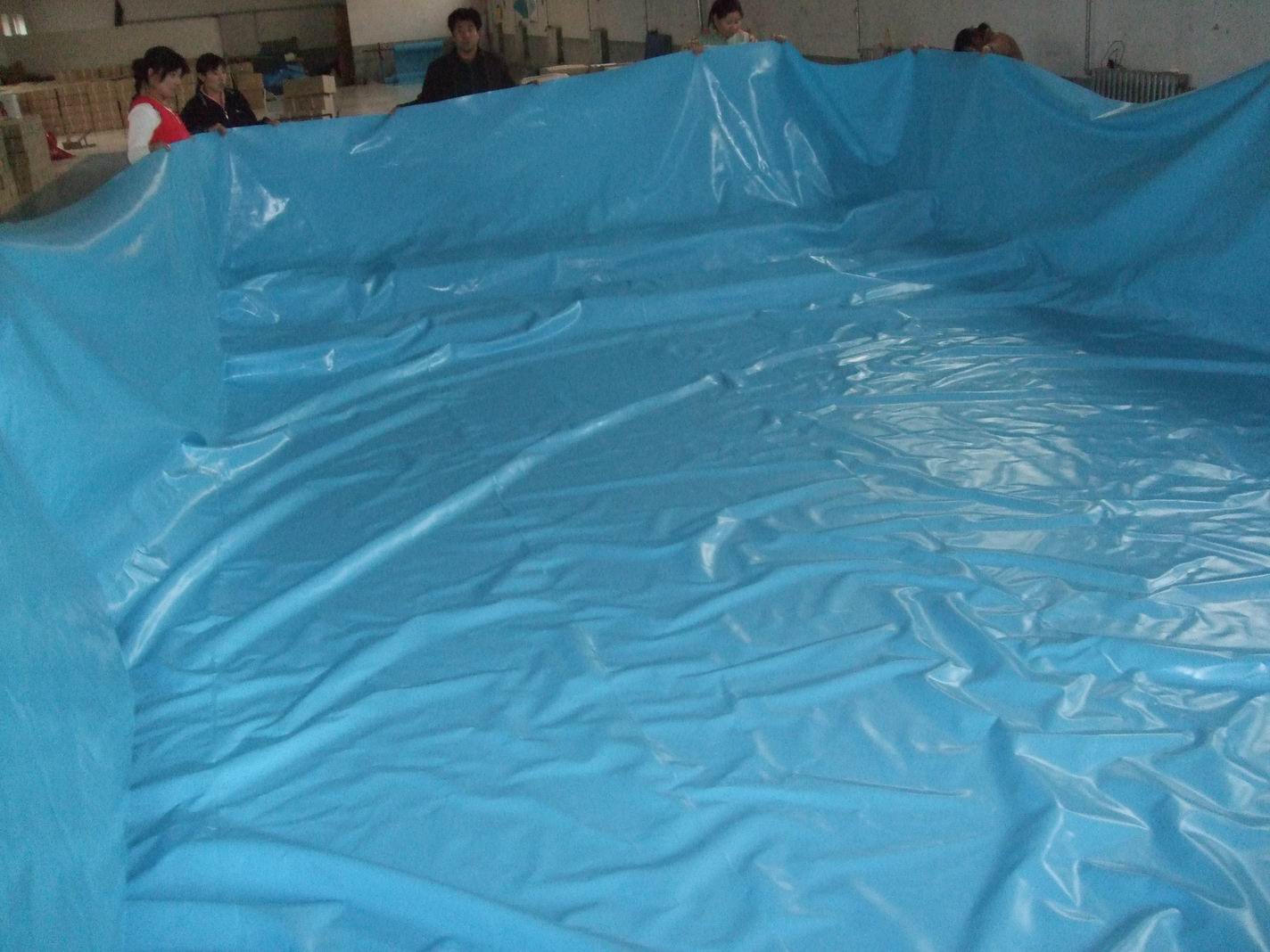 The member of the village water committee and the resident of village Rajpur, Gobar Bhima, told that the villagers have to depend on the water supplied through water tankers, brought from nearby areas, to get drinking water due to the severe water crisis in this region.

Sometimes, when additional drinking water is needed by the villagers, they have to go far off areas to bring it. But the introduction of tarp-lined lakes, with the help ofCSPC officials, the problem of drinking water was solved effectively. The villagers will now be able to retain the rainwater for drinking purpose for long time.

According to the statement given by Bhima the tarp-lined lakes in their village had the capacity to retain almost three crore liters of life giving rain water which can easily fulfill the requirement of drinking water of the villagers for the whole year after rains.

Another resident of Rajpur village, Mansukh Solanki, told that the villagers are allowed to get water from the tarp-lined lakes without any discrimination due to caste and creed. Each and every villager was allowed to take drinking water from this lake as per the needs of their family.

Several other villages in this region were also facing water crisis of their daily needs like cleaning utensils and washing clothes due to decreasing water ground water level. The villages and even some of the urban areas which were earlier dependent on bore wells for domestic use and for drinking water were also facing water problem by the drying up of the bore wells due to severe depletion of groundwater levels.

In order to meet the water requirements needed by them for cleaning utensils and washing clothes they planned to fulfill them through separate ponds in the villages, where tarp-lined lakes were constructed, to collect rain water for this purpose.

The project of tarp-lined lakes designed and introduced by the officials of Coastal Salinity Prevention Cell in the village Rajpur was later on also used for lining the pond with tarpaulin in village Jhanki, Gujarat.

According to the residents of Jhanki the tarp-lined lakes constructed in their village not only helped them in saving drinkable rain water from saline ground water but also avoided infringement of land around them. According to the views of Devrajbhai Bariya, a resident of village Jhanki, villagers were particular to the flow of rain water and ensure it towards the tarp-lined lakes without any obstruction.

The residents of village Jhanki had also planned to construct a small well to fulfill their needs for the water for cleaning their utensils and washing clothes. Thus, by not using the water of tarp-lined lakes for their other day to day water requirements villagers had save this water from being polluted.