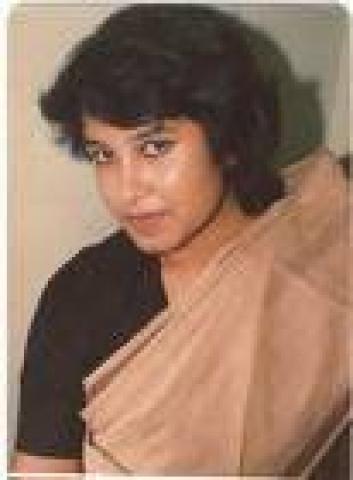 Banladeshi writer Taslima Nasreen’s problems does not seem to be ending as of now. Tasleema was in 5 months ago, when she got disgraced by Islamists in , AP, . Due to other small protests and attacks on the Bangladeshi writer Government of India asked her to leave the country. Tasleema after staying for a couple of months in came back to on Friday Aug 08.

Tasleema’s safety is still under threat, therefore Indian Government has kept her location a secret. Tasleema is said to be with a friend in .

A Physician by profession Nasreen is known for Novel Lajja (which means shame) published in 1993 and banned by Bangladesh Government for hurting Muslim community’s sentiments. Taslima has been living in exile for 5 years. She lived in , , United States India and