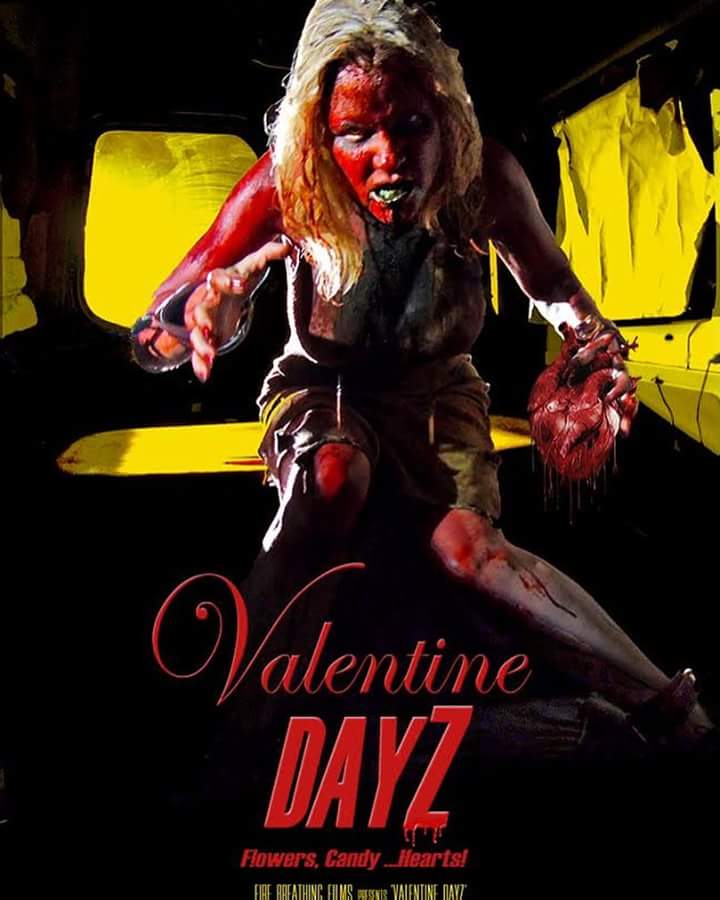 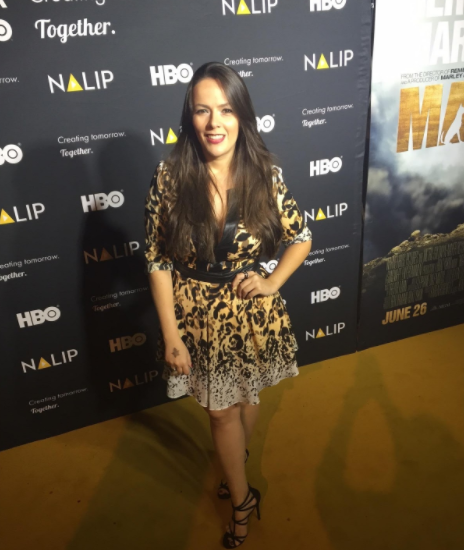 Many successful and talented actors fall into the quicksand of being typecast, striking it hot as one type of character and playing them over and over in different forms to the point of audiences believing that’s all they have in them. Fortunately for Tatiana Romao, who takes on a critical role in the upcoming apocalyptic zombie horror film Valentine DayZ slated for release later this year, that will never be the case.

With a repertoire of work that is riddled with incredible diversity in terms of genre and the characters she’s portrayed, Romao is one actress whose chameleonic talent has left an indelible impression on audiences. From playing emotionally heavy roles like the drug addicted titular character in the film Corinne and the battered girlfriend looking for a way out in multi-award winning director Andrea La Mendola’s film Lips, to the amiable and supportive friend who’s there through it all in the multi-award winning film Simple Being, Romao has a unique way of tapping into each character she takes on and commanding our attention.

She recently took on the critical role of Diana in the film Valentine DayZ, which also stars Carrie Keagan (Reno 911, The Hangover, Dead 7), Robert Allen Mukes (Backwoods, Westworld, Weeds) and Dallas Valdez (The Fiance). Written and directed by Mark Allen Michaels (Mind Rage, The Fiance) Valentine DayZ follows a wealthy and immoral cast of characters who think life is peachy until a zombie outbreak occurs and they’re flung into a gruesome fight for survival. In the film Romao plays Diana, one of the critical characters who, alongside Max (Valdez), has to fight the undead in order to ensure humanity’s survival.

Valentine DayZ is the second horror film Romao has been in over the course of her career, with the first one being Gregory Avellone’s (Vinnie and Angela’s Beauty Salon and Funeral Parlor) 2014 film the The Red House with award-winning actress Kate French (Gossip Girl, One Tree Hill) and Brendan Wayne (Agents of S.H.I.E.L.D., Lookin’ Up).

“When I was at the beginning of my acting career I used to believe that even the filming of a horror film had to be somewhat scary, I remember reading stories of things that some people said happened on their sets and so I had in my mind that I was never going to be in one, well…that has changed a lot. Of course we have our very tense moments depending on the scene that we are filming but we had so much fun,” explains Romao about working on Valentine DayZ.

In 2015 Romao took on the starring role as the titular character in the film Corinne directed by Kate Rees Davies, a multi-award winning director who is also known for the films The Many Addictions of Chloe, Sticks & Stones, Clean Getaway, The Vanished and many more. Rees Davies, who previously directed Romao in the film Abberation, which was selected to be screened at the 69th Cannes Film Festival (one of the most important and renowned film festivals in the world), and was also a producer on the film Valentine DayZ, so clearly a strong working relationship has been struck between the two.

In Corinne, Romao’s character travels down a perilous path of drug addiction and self destruction after breaking up with her longtime husband. The way Romao brings Corinne to life in the film, exposing her emotional fragility and authentically portraying her grief-ridden struggle with addiction, is both dramatic and poignant. Through Romao’s flawless performance audiences are given a powerful insight into what it means to struggle with addiction, and anyone who has struggled with addiction in their own lives will immediately recognize the validity of the phases Corinne goes through on her journey towards getting clean.

“It was the first time I played a role that involved drugs and addiction and all the discoveries and growth I had as an actress during this project was absolutely fascinating. I read so much about addiction, the withdrawal, what people go through, what leads them to that point, what gets them to overcome it,” explains Romao. “It was honestly difficult and sad to learn about this world. To film ‘Corinne’ was hard but fascinating and It ultimately was one of the projects that made me grow a lot as an actress and as a human being”

The film, which screened at the 7th Hollywood Brazilian Film Festival, also starred Arianne Hough from the films Bootmen and Possession(s), and the series Deadly Women and House of Hancock. 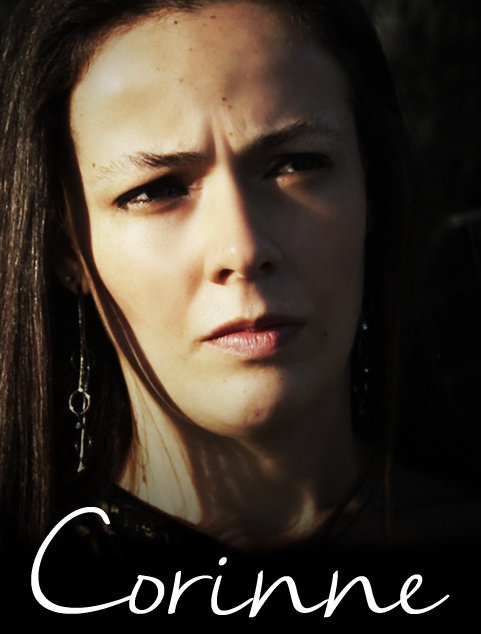 Tatiana Romao on the film poster for “Corinne”

While Corinne undoubtedly pushed Romao to experience a difficult and altogether foreign perspective in order to fully tap into the role and bring her character to life, the actress admits that her most challenging role to date was that of Sarah in the 2012 drama Disruption, which was chosen as an Official Selection of The Online Film Festival and HollyShorts Film Festival.

Directed by award-winning director Giulio Poidomani (Pots & Lids, Luna Achiary: Friends, Sloth), Disruption follows Jay, a depressed comic book writer who, after waking up from a coma, begins confusing his real life with those of his comics.

Starring alongside Eric Gorlow from the series The Exorcists and the films Nightcomer and Big Sky, and Ron Gilbert from the two-time Oscar Award winning film The Usual Suspects, Romao’s character Sarah is Jay’s (Gorlow) wife and the mother of his young child. As Jay goes deeper down the rabbit hole into the depths of his twisted mind, Sarah struggles to maintain the balance of their lives.

Romao admits, “I have a lot of experience with roles that are emotionally deep, but Sarah was more of a stay at home mom dealing with an unbalanced husband. I never knew that holding back was actually going to be a bit of a struggle for me but Giulio guided me and helped me in understanding how to approach it. It’s funny, we understand that “‘being pushed’ is only for something somewhat extreme, but that role for me was completely out of my comfort zone and I learned a lot from it.”

As the film unfolds we begin to realize that Jay is too far gone within his delusions as his psychosis eventually leads him to murder his family– all the while believing he is just a character in a comic book. For Romao, taking on the lead character of Sarah in Disruption was actually her first time playing a mother on screen, but you’d never guess that from her spot on performance, which is a driving force within the film.

When it comes to choosing roles, Romao explains, “I have to either relate to the role or the story and if it has a deeper message to the world or is a subject that we all have to start talking about, I’m all in straight away… Sometimes it’s a director I’ve always wanted to work with like Mark Michaels and Giulio Poidomani, or the role is a challenge for me, it can be something so different than what I normally play that I am always dying to try it, but one way or another the story has to move me in some way.”

For Tatiana Romao, finding new and uniquely challenging roles to breathe life into on screen is the linchpin that has not only endowed her with a remarkable reputation for taking on diverse roles, but also pushed her to expand her boundaries and grow exponentially as an actress.

Filed under: Film, Lifestyle
Share Tweet Pin G Plus Email
previous article: Trump is Poised to Re-Escalate a Hopeless War, In Afghanistan
next article: 800 million students will be Unemployed by 2030: Here’s why