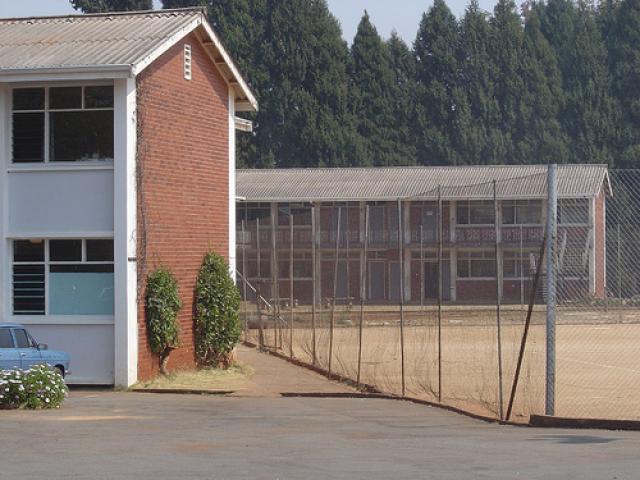 By Wonder Madiro in Harare

Hundreds of rural schools in Zimbabwe are battling to reopen for the new term this week because most teachers have fled local violence.

War veterans and militias have reportedly unleashed a reign of terror in the countryside, and although many victims are said to be opposition supporters, ordinary teachers have also borne the brunt.

Teachers’ unions say the major targets of the violence are members who were presiding officers during the elections. “These are being accused of rigging the elections in favour of MDC (the opposition Movement for Democratic Change),” said Raymond Majongwe, secretary-general of the Progressive Teachers’ Union of Zimbabwe, PTUZ.

“Our teachers are being targeted by the militia. There is no way that they can go back to such dangerous areas.”

Timothy Rusere, an English teacher at a rural Mutoko school about 200 kilometres northwest of Harare, is one of the hundreds of teachers who have fled their schools. He said he left after war veterans attacked the school at midnight.

“They arrived two weeks ago, rounded up all the teachers and started accusing us of supporting the opposition,” said Rusere, who is now staying with his in-laws in Harare.

Three teachers known to be active members of the opposition, he said, were severely beaten up, “When they said they would come the next day to deal with the rest of us, I knew things were getting bad so the next morning I packed my bags and left.”

Rusere’s colleagues, who stayed, sustained serious bruises during the attack. They have since fled the school.

The prospect of a run-off presidential vote is not helping matters either.

The ruling ZANU-PF lost control of the lower house of parliament in the March 29 elections, for the first time since 1980, when Zimbabwe became independent from Britain.

President Robert Mugabe is also widely believed to have lost the presidential election to MDC’s Morgan Tsvangirai, even though the Zimbabwe Electoral Commission, ZEC, has been holding on to the election results for the past month.

Violence ensued in the aftermath of the polls.

“Hate speeches are being uttered against teachers. Some are being systematically assaulted,” said Majongwe. The union said it has told teachers to abandon their schools once threats are made.

PTUZ, which represents about 12,000 teachers, said it would call a national solidarity strike if there were further reports of violence against teachers.

The situation has worsened the crisis in the education sector, which has been hit by a massive brain drain. Reports say 8,000 teachers have left the country since the beginning of the year because of poor working conditions.

Thomas Karwe, who teaches mathematics in Dambamadzura in Gokwe, said he was warned by some of his colleagues against coming back to the school because his name was at the top of a hit list.

“They said the war veterans had come to the school looking for me,” said Karwe. “I will not be going back to work until my security is assured.

“My workmates tell me that some of the houses at the school have been taken over by militias who are camping there.”

Teachers have long been regarded as community leaders and opinion makers, particularly in the rural areas, and often they have found themselves the target of militias loyal to the governing party.

Mavis Rugare, a teacher from the mining town of Shamva northwest of Harare, was part of a group that fled their homes after an attack by ZANU-PF militia in mid-April.

She narrated her ordeal at the hands of ruling party supporters to members of the media at the offices of the Zimbabwe Human Rights Association, Zimrights.

“My house was burnt and everything taken away from me, including my cellphone and teaching items,” she said.

Rugare is one of the hundreds of opposition supporters who are seeking refuge at safe houses organised by the MDC.

A report released on April 30 by Zimrights told of the extent of violence in both rural and urban areas, where property is being destroyed and people are being displaced and assaulted.

“A humanitarian crisis is unfolding and we are hoping other organisations will be able to help. The official number of those displaced so far is about 400 but this is just the tip of the iceberg of what is happening in our country at the moment,” said Kucaca Phulu, Zimrights national chairperson.

About 300 MDC supporters who had sought refuge at the party offices in Harare were arrested last week but released without charge this week.

“Our members are being brutalised,” said Nelson Chamisa, the MDC spokesperson.

The MDC said that 15 of its supporters have been killed by followers of ZANU-PF since the March 29 elections.

The government, however, has denied that ZANU-PF has been responsible for any of the violence, saying instead that the MDC is the only guilty party.

Mugabe’s chief spokesperson, George Charamba, released a statement on April 29 in which he accused the opposition of deliberately stirring up tensions.

"There is a flurry of distortions and irresponsible statements which are vainly calculated to heighten tension to spark incidents of politically motivated crimes around the country," said Charamba.

But human rights organisations have been reporting an upsurge in politically-motivated violence cases throughout the country.

The Zimbabwe Peace Project said in its latest report that it had noticed an “alarming increase” in incidents of violence and human rights abuses committed by soldiers, adding that accounts by some of the soldiers’ victims were “synonymous with a country at war”.

For example, an MDC supporter in Uzumba, once a ZANU-PF stronghold, told of how he was “nearly castrated” by assailants, just because he had chosen to support the opposition party.