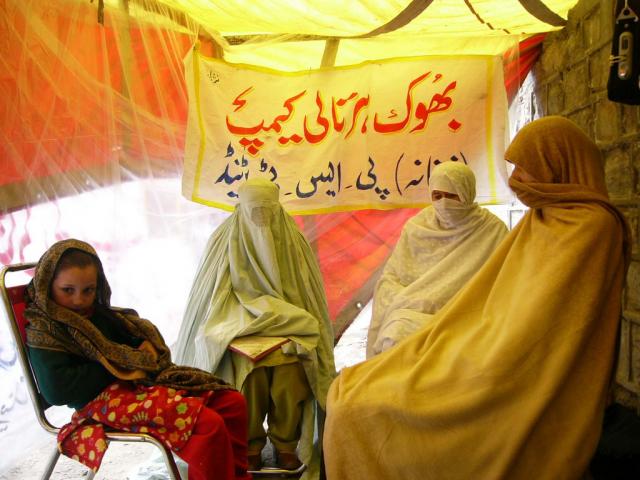 CHITRAL:  Chitral is the largest district ( by area) of NWFP and  blessed with rich resources of various minerals of  dimensional stones (marble, granite, Serpentine and slate) besides other metallic, none metallic minerals and gemstone potential. This fact has also   been confirmed by the European Commission report 2007 as well as by the Director General Mines and Mineral, Government of NWFP.

Lack of infrastructure, weak support system of the Government and, lack of public awareness has kept these minerals almost untouched, but on the other hand this has kept Chitral underdeveloped. The mineral sector can play vital role as an engine for economic growth and employment with specific reference to mountainous rural areas where poverty rate is high. In Chitral 25% of the people live below poverty line in accordance with study carried out by the Aga Khan Rural Support Program in 2006.

The start of work on the Lowari tunnel along with corresponding widening of the  National Highway, and expected connectivity with the Central Asian states are potential indications of  economic boom and prosperity of this area. The enormous potentialities have yet to be thoroughly investigated developed and documented.

The President of Pakistan General Pervez Musharaf during his last visit to Chitral in 2006 while recognizing this tremendous potential announced to promote the marble and granite sector of District.  Latter on Pakistan Stone Company also announced to setting of “Model Marble Quarry’’ and establishment of “Marble City”  in the district Chitral  but after lapse of more than three years there has been no further progress. This shows lack of interest by the company concerned. To the dismay of Chitral region the office of mineral exploration in Chitral was recently closed for unknown reasons. This act on the part of the concerned department amounts to closing the doors of economic opportunities for the already neglected part of the province. There is need to open opportunities to diversify the economy by exploiting the hidden mineral resources on sustainable basis which will create jobs and improve the living conditions not only of the people of Chitral but will also contribute for economic betterment of province at large.

Maulana M. Qadir Shah President Mine Owners Association, Chitral District appeal to the President of Pakistan General (Rtd.) Pervez Musharaf and  Governor of NWFP  Owes Ghani to look in to the matter and issue orders for the opening of Field offices of Pakistan Stone Company , Pakistan Gems and Jewelry Development Company and Mineral Development Office in the district so that proper  arrangements could be made for exploiting the mineral resources of Chitral, otherwise it is  not possible to manage the mineral  resources of the district sitting in distant locations such as Islamabad or Peshawar.

Female PST jobless youth set in hunger strike.
Primary School Teachers (PST) qualified but jobless female also set in a token hunger strike against the recruitment policy of school and literacy NWFP. These 25 female PTC qualified are in the opinion that they have completed their PTC training but they were not recruited in Education department now are likely to be overage if they were not adjusted in the year 2008. While token hunger strike of male PST jobless enter in 11th day and female PST also joined hunger camp on Wednesday. They are demanding for recruitment of PST on batch/session wise basis to adjust senior one as PST teachers. It is worth to mention here that some 109 male Primary School Teachers were recruited on batch/session wise basis at Shangla and PST jobless of Chitral also demanding to follow that policy in recruitment of PST at Chitral district.

Meanwhile General Secretary and Member Board of Directors Legal Aid Forum for Human Rights Chitral Niaz  Ali Shah has strongly demanded from the provincial government especially School and literacy department for recruiting these jobless PST train youth of Chitral on priority basis other Human Rights Chitral will also be came in action for their genuine rights.