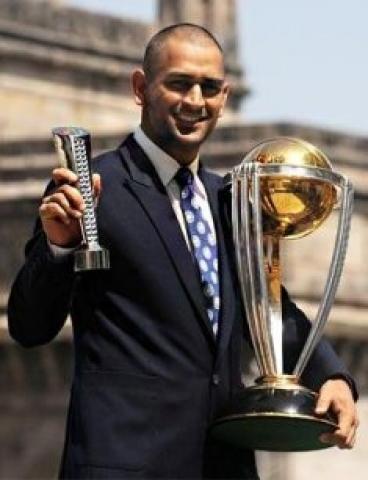 Recently the Indian Cricket team (male) got knocked out of the t20 world cup happening in Sri Lanka.

This disappointed the 121 billion population but not equally.

The drama and disappointment reached a tremendous height because although India won against the arch-rivals it didn’t qualify for the semi-finals.

To add icing to the cake, we had pakistani fans celebrating in the stadium as India failed to control South Africa to a score of 121.

It pained everyone. The loss was huge and it was felt by legendary actors to recent superstars. Everyone felt bad but the critics and media made a drama out of this death. Being a media person myself, I think I must share some responsibility of giving a real insight.

Now, that the death is a couple of days older critics and media are discussing the target to be blamed. They shift from the openers namely Virender Sehwag and Gautam Gambhir to bowlers like Zaheer Khan. They are not even sparing the captain, MS Dhoni.

Yesterday, I heard a retired cricketer who is now a commentator making comments like the need for the “young” to play t20 matches. He also claims to have noticed younger players in other teams. My question is “which”? Pakistan is still using Shahid Afridi, Umar Gul and other senior players.

Sri lanka also has the same “old story” Mahela Jayawardene, Kumar Sangakkara, Tilakratne Dilshan and others. Speaking of Australia and West Indies, they, too don’t have much different story.

Interestingly, all these teams are into the semis. So, why not India? We just lost one match. I agree with the captain when says it was satisfactory performance. Failure is what happened during the 2011 England tour and 2012 Australia tour.

The second thing for what MS Dhoni has been blamed is for being “confused”. Alright, he is confused because he has no team to chose from. Some click today, some tomorrow and some only promise to click. One or two players consistently click and the captain himself is part of such a group.

Taking an average of the Indian team only 3 players have maintained consistency. Therefore, how is a team of 3 to compete with a team of 11? Yet, it did and it did it well.

Critics wanted Harbhajan singh to play against South Africa and if he had repeated the horror of Australia with this match then what would the critics say? Well, the same (blame) stuff.

Taking a look at the Indian Captain MS Dhoni and reading the story of the mouse with 7 tails has many similarities. The poor man is blamed either ways and asked to cut his tail then is mocked at again. If he wins, the critics shut their mouth but if he loses due to technical issues they spit venom like black mamba.

Speaking about the openers two names came forward. The first one was that of Ajinkya Rahane and the second, a very forgettable one.  Being a mumbaikar, routing for Ajinkya Rahane is an “in” thing but watching his performance against NZ appealed to the Indian inside me.

The guy actually dodged the ball although he was wearing a helmet. I have never seen anyone do this before. He played lukewarm innings and was the champ in IPL-5. So, why would any captain choose him? MS Dhoni supported and motivated him enough for many series before the IPL.

But he never delivered the way he should have done. There are players like Ambathy Raidu who need to get opportunity.  They are somehow left in the blue. But it is not captain who doesn’t want to get new talented players, it is the selectors that change their mind from time to time.

When team India was set and was delivering well with the youngsters they asked Sehwag and Gambhir to come back. Now, it was the time of Yuvraj and Harbhajan to be back.

Yuvraj Singh plays for the country in important world tournaments. He did here too.  Better late than never. However, we discussed the latter previously in the article. Zaheer Khan played the worst game of his life and so was made to sit against England.

He came back against Australia and played with good economy but no wickets. The late bloomer got his share in the last super 8 match against SA.

Vinay Kumar’s injury did made India lose out. But would Vinay kumar play better cricket than Zaheer? Or would it have been Umesh Yadav? The answers to these questions are unpredictable. It is like putting your bets on a roulette table and hoping to win all of them.

For sure, Sehwag and Gambhir, Zaheer and Rohit Sharma need to brush up their cricket skills. They need to learn from the start and start from the beginning of their early days.

However, replacing them is not the right idea. Sticking with them and pushing them to improve would certainly be the right thing to do. The “Push” is that India is losing out in the competition.

The world is laughing at us. Our arch-rivals mock at us and we are helpless and toothless to fight. This is indeed a shame and the players need to grow up.  Catfights are for women with no work not for men with responsibility.

It is time to wake-up. It would be wise of the critics to stop spinning the head of the captain in all directions and allow him to stabilize. It would be wiser of the media of not including their own “favoritism and unstable mindset” to further spin the uneasy head of the Indian captain.

MS Dhoni has too much responsibility. Being human in his case would do us good.  Those eleven who played the last two matches are the right eleven. They need to improve and attain accuracy. Our job as Indians and cricket fans is not to create disharmony and instability in our cricket team that has brought glories that we only dreamt about.