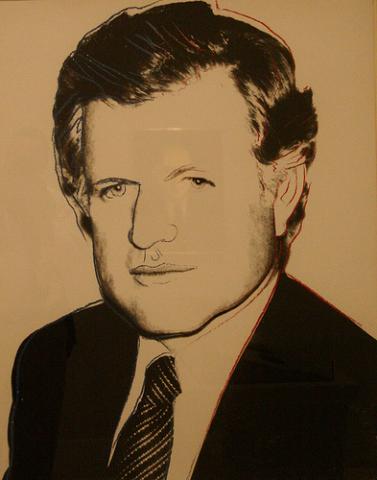 With the passing early today of Senator Ted Kennedy, it does appear that an end of an era and political dynasty has truly run its course to this baby boomer generation American.

Many plaudits and testimonials are being released by politicos, celebrities and those living within his historic home state of Massachusetts today as happens whenever there is a death of any public figure of the magnitude of a Kennedy always does.  Mostly emphasizing the contributions and losses engendered which result.

Many though using such occasions to simply capitalize for their own self-serving purposes, especially "political" deaths by those members of the extended family of "politcal" party members.

The Kennedy legacy has lived on due to the inordinate amount of publicity also that is evident with the Senators death.  But those of us that have lived through the entire political dynasty of the Kennedy family do know there is much myth and legend that has been intertwined with the facts of the rise of this dynamic family in our current era.

Some simply exaggerations of truth, others mere fiction.

The truth of the origins of the wealth of this Irish immigrant family is mostly common knowledge of those of us from generations that have watched as amassed from what were, at the time, illegal activities (bootlegging mostly).

Having said that, it does not detract at all from the fact that there were many members which used that wealth and influence for the good of their selected cause or political constituency in their spheres of influence, many of the blue collar working poor which also resulted in acquaintances and at time alliances with some questionably shady characters in the process which compromised their own well-being on the one hand, and on the other made many political targets of those with competing agendas – both lawful and otherwise, even within their overall supporters – not simply detractors.

Senator Kennedy had a great many skeletons in his own closet and was dogged for life over a clear lapse in judgement many, many years ago.

And while the media today treats the public as though it has a 60 second memory retention, that  may be true of the computer generation but not those prior.

He may have been cleared of the charges, but was politically damaged thereafter in the hearts and minds of America.

An America, for the most part, while becoming a little more accepting of minor indiscretions of a personal nature or lapses in political judgement do expect their public servants to, at least while in office, keep their personal and professional lives at least as "untainted" as possible as demonstrations of character for the right to be entrusted with the duties of their respective offices, but are more aware now of motivations and question an ever increasing invasiveness of also corporately owned media entities and the alliances of their owners behind the scenes no matter what spins or labels are placed on the political programming on their networks.

But Americans still remain for the most part rather unforgiving of those using political power for personal gain, whether publicly or privately when there is real indisputable evidence.

Times have changed, but in some respects not much but getting worse if anything.

These "vetting" processes are now so ridiculous as to even include family members and others not even connected to the office even remotely, and their grown children, or even back taxes owed when 90% of the American people and their tax consultants struggle – although expect more of those in public office and not simply running since they are, after all, paid with public sums that are assessed against this country in one form or another.  Whether inflationary taxes, or all those other assundry Washington gimmees.

What has been noted more than anything by this writer is that even within all the platitudes now being given for the Senator’s lengthy senate career, even his death is being used in order to forment political agendas and policies.

His claimed interest in massive health care reform has been mentioned and used by media representative and politician alike in all the testimonials across the liberal spectrum.

But his approach from all previous accounts, nor agendas have been mentioned as also a senator supported also by the major insurers (Mass Mutual) and unions that are part of his constituency with a vested financial interest most of all in any such legislation on a national scale, rather than the state funded plans already in existence in all 50 states at the present time for catastrophic care.

Peace be with you, Senator Kennedy.  Your fire and brimstone speechifying in some of those televised debates over contentious legislation will be missed by many, no matter how ill founded.

As the myth of Camelot is truly put to rest with your passing, it will be your humanness eventually that will be long remembered for good or evil depending on the source in varying degrees in future history – since myths are, after all, simply myths.

Filed under: Opinion, Politics
Share Tweet Pin G Plus Email
previous article: Tyler Perry Is Back Again: I Can Do Bad All By Myself
next article: Heard by a Bird in Phoenica