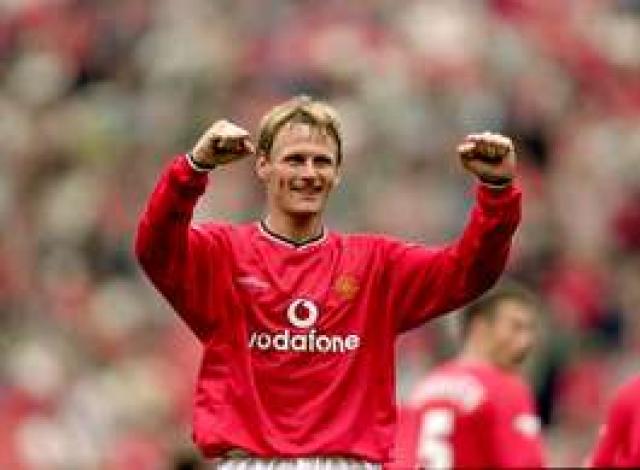 Teddy Sheringham has appealed for fans to stop venting frustration against their own teams by repeatedly booing them.

The trend has picked up momentum with several high-profile cases, the most recent at Stamford Bridge on Sunday when Chelsea were booed off after their 1-1 draw against West Ham.

There have also been outbursts against individuals, with Arsenal manager Arsene Wenger substituting substitute Emmanuel Eboue who was targeted by Gunners fans in the Premier League clash with Wigan on December 6.

Sheringham, who retired at the age of 42 in the summer, acknowledges fans shelling out for expensive tickets have a right to their opinion.

But he claims it only ever has a detrimental effect on the player or team involved.

"I can understand it I suppose," he said. "I’m just letting you know, from a player’s point of view it doesn’t help.

"It just seems the public reaction now is to boo if you’re not winning – it’s something that’s caught on over the last couple of years.

"(It used to be that) you showed your dismay once or twice a season if you’d played really badly or were in a bad run of form.

"I’ve heard plenty of groans over the years but it’s turned around into booing to show your dissatisfaction.

"It’s a case of if you’re not quite performing to the standards you should be you get booed, and it’s an accepted thing. I’d love to see it cut out, especially the one-to-one thing. It just doesn’t help."

Liverpool, Sunderland and Manchester City have walked off with boos ringing in their ears in recent weeks, while Chelsea’s England pair Ashley Cole and Frank Lampard know just what Eboue went through at the Emirates Stadium earlier this month as they have suffered similar treatment on international duty.

Sheringham believes it takes a strong character to overcome the boo boys.

"If you’re getting booed it gets to you. It takes a big player to turn that around," the former Manchester United and Tottenham forward told BBC Radio Five Live.

"The most major one I’d say was David Beckham after the ’98 World Cup. He got absolutely slated. I don’t think he was even booed at that time, but jeered and whatever noises they wanted to make… everything was thrown at him.

"He stuck to his guns and practised and trained harder.and made sure he turned things around.

"(But) not all players are like that. Not everyone will respond to that. If you want to see a team play well and produce fantastic moments, try to back them rather than boo them."