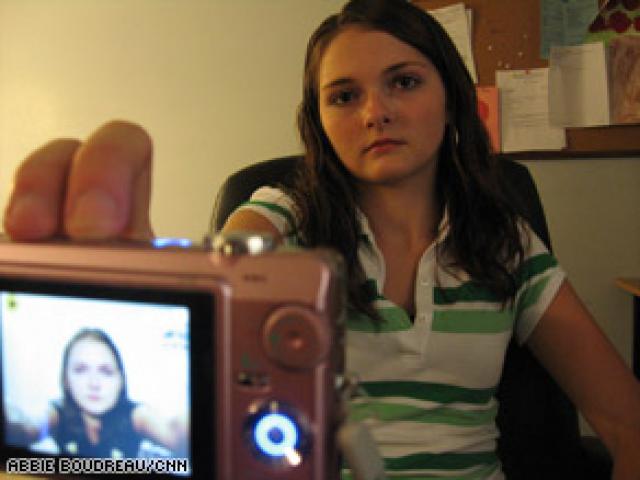 The video is hard to turn away from. A sobbing 16-year-old sits in her bedroom and, staring into a camera, says she has been raped.

Crystal, 16, of Florida posted a video on YouTube pleading for help after she allegedly was raped.

"Hi, my name is Crystal. … I need some help. I didn’t want to do it this way, but it’s the only way I know that’s going to work, that someone out there in the world is gonna listen to me."

The teen, whom CNN interviewed but is not identifying by her last name, is among dozens of young people who are turning to social networking sites like Facebook and MySpace to talk about sexual assault.

For an online generation, the Web offers what traditional counseling does not. It’s a chance to communicate without having to face someone or fear their judgment. Some people are seeking legal advice and medical information, and many younger victims believe that they can warn others about their accused attacker, counselors say.

There also are people like Crystal, whose case was dropped by the Orange County, Florida, state attorney’s office, who feel slighted by the justice system.

"Young victims, particularly girls, turn inward. They are going to reach out and try to connect in the isolation of their dorm room or their bedrooms," said Jennifer Dritt, the director of the Florida Council Against Sexual Violence. "Most young women feel like they want somebody to know that someone did this to them."

One in four American women under the age of 25 report that they have been sexually assaulted, according to the nation’s largest rape crisis counseling organization, RAINN, the Rape, Abuse and Incest National Network. dont  forget to watch the video on youtube http://www.youtube.com/watch?v=mfg3w11_A_E

Filed under: World
Share Tweet Pin G Plus Email
previous article: MAN IS BORN FREE BUT EVERYWHERE HE IS IN CHAINS
next article: KING OF NEPAL MAKES ANIMAL SACRIFICES TO DEITY