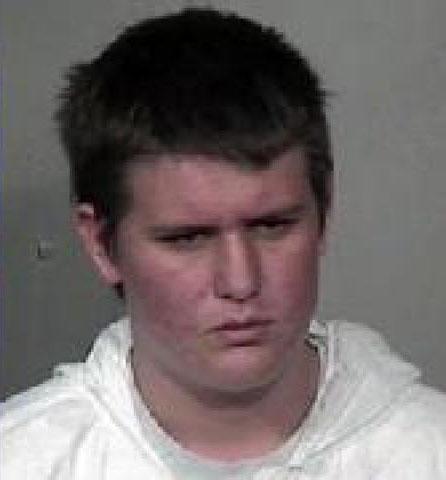 As Hughstan Schlicker’s father stood in the kitchen, Hughstan approached him from behind, pointed a 12-gauge shotgun at his head and pulled the trigger. The 15-year-old Mesa, AZ, killer had a perfectly good explanation for his patricidal deed:  His father had forbidden him to use the Internet.

Details of the February 6 shooting are now emerging. From police reports, this appears to be the sequence of events.

Hughstan used MySpace.com as a social outlet, often spending entire days on the site communicating with friends. Expressing his frustrations with life, he began threatening suicide to some of his friends in January.

One of those friends saw the postings and convinced him not to kill himself. The friend then called Mesa police, reporting Hughstan’s threats. When police talked to his mother, she allegedly said she was not worried and promised to lock up the guns in the house.

His father took it one giant step further. When he heard about the emails and the suicide threats, he forbid his son to use the Internet.

Without his Internet fix, Hughstan spiraled into depression. "It felt like I was stabbed with a knife and it went straight through and no matter how hard I pulled, I couldn’t pull out the knife," Schlicker allegedly said during an interview with police.

As the anger against his father built inside him, he settled on the ultimate resolution. He’d commit suicide in front of his father.

Feb. 6, 2008. Hughstan called his school, faking his father’s voice, and said he would not be attending school that day. According to a neighbor, it was not unusual for Hughstan to skip school. It’s not clear if he was working out his suicide plans, but he spent most of the day lounging around the house. At one point, he went to the garage to get a drink and found his father’s shotgun and ammunition lying on the counter.

This discovery helped him solidify his plans. He took the gun to his room. Schlicker told police he had decided that if his father came home after 4 p.m., he wouldn’t carry out his plan; when his father came home early, at 2 p.m., Schlicker was waiting on the stairs with the shotgun, according to the report.

Schlicker said he waited till his father was in the kitchen, then walked up behind him and shot him in the back of the head.

He has told two versions of how it happened. One version is that he did it deliberately. The second is that he had pointed the gun at his father to scare him, but when his dog brushed against his leg, he accidentally pulled the trigger.

With his father lying on the floor, Hughstan called a friend and told her he had killed his father and he was going to kill himself. She talked him into calling the police. He also called another friend and left a message on his answering machine that he would not see them for a long time because he just killed his father.

When the police arrived, he was still on the phone with the 911 operator. He had allegedly told the operator, "I hate my dad. [I] couldn’t take it anymore." After Hughstan surrendered to police, his father Theodore Schlicker, 49, was pronounced dead at the scene, a holstered handgun strapped to his waist.

Neighbors said the elder Schlicker always carried a handgun, but they had never seen him take it out of the holster. Police removed numerous guns from the home.

Reports of the teen’s responses to killing his father suggest, on one hand, that he was not connected to reality. He allegedly told investigators, laughingly, "Dad came home, I shot him in the head … Along with murder, can you put me down for truancy, I ditched today."

On the other hand, his responses suggest he knew very well what he had done. He told detectives, "I know it’s not an accident I did intentionally kill … I was mad at him very much and I wish I could take everything back; I wish this was a bad dream but it’s not."

On Feb. 14, Hughstan Schlicker was indicted by a grand jury on charges of first-degree murder. As a result, he will now be tried as an adult. If convicted, he could receive a life sentence.

Filed under: US
Share Tweet Pin G Plus Email
previous article: 4 killed and 53 injured in a grenade attack in India Assam
next article: Oh, Politics, My Foot! Off My Boot