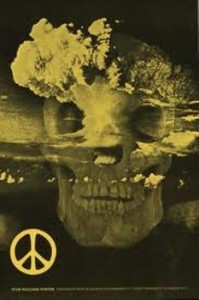 According to a Reuters report in 2012, the United States, European allies and even Israel generally agree on three things about Iran’s nuclear program: 1) Tehran does not have a bomb, 2) has not decided to build one, and is 3) probably years away from having a deliverable nuclear warhead…

According to a Reuters report in 2012, the United States, European allies and even Israel generally agree on three things about Iran‘s nuclear program: 1) Tehran does not have a bomb, 2) has not decided to build one, and is 3) probably years away from having a deliverable nuclear warhead.

The conclusions, drawn from extensive interviews with current and former U.S. and European officials with access to intelligence on Iran, “contrast starkly” with the heated debate surrounding a possible Israeli strike on Tehran’s nuclear facilities and Iran’s threat to use a nuke it doesn’t have. Something Iran has been saying for some time now. Are they telling the truth? Apparently so.

Reuters has learned that in late 2006 or early 2007, U.S. intelligence intercepted telephone and “email communications” in which Mohsen Fakhrizadeh, a leading figure in Iran’s nuclear program, and other scientists complained that the weapons program had been stopped.

According to a 2007 National Intelligence Estimate – American spy agencies had “high confidence” that Iran halted its nuclear weapons program in the fall of 2003.

Current and former U.S. officials say they are confident that Iran has no secret uranium-enrichment site outside the purview of U.N. nuclear inspections.

They had “confidence “that any Iranian move toward building a functional nuclear weapon would be detected long before a bomb was made.

Maybe, could be, possibly?

See video: Fatwa against the use or possession of nuclear weapons Ayatollah Khamenei http://www.youtube.com/watch?v=95HuFUiAEig

A nervous Director of National Intelligence James Clapper told Congress in February 2011 that Iran is “keeping open the option to develop nuclear weapons” in part by developing various nuclear capabilities that better position it to produce such weapons, should it choose to do so.” This in an attempt to say what he thought they wanted to hear. The fact are unless Clapper is physic he has no idea what he is talking about.

“So why is the US passing all these sanctions”, says Hal Smith of Charlotte, N.C. “The sanctions are a type of war against their economy”, he said.

“All I hear is Iran has a bomb and is a threat to us. Romney said we should deal with Iran”, says Ida Stein of Charlotte. “I don’t think we can trust those people over there”, she said.

“We shouldn’t attack Iran unless they attack us first”, says Candy Lighthouse, an “adult dancer and entertainer” who was remarkable well informed on the subject of Iran and stated a perfectly valid moral argument against war. Maybe Candy should devise our foreign policy toward Iran?