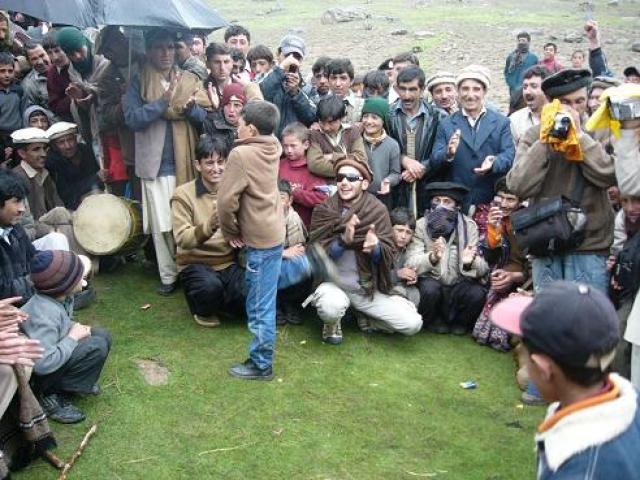 CHITRAL: Suburb areas of upper Chitral received telephone facility first time after creation of the country. Talking to this scribe Tehsil Municipal Officer Chitral Qadir Nasir from Mori Lasht said that the area was totally deprived from phone facilities in past and people facing great problems to contact their relatives especially when they communicate a death message. He said we travel to far flung areas for telephone facilities and now after installing of VPTCL (V phone) people of the area connected to Chitral and other parts of the country. People of that areas specially thanked to General Manager Northern Telecommunication Region (NTR) Khalid Ahmad Khan and former Tehsil Nazim Chitral Sartaj Ahmad Khan. As the area connected with Chitral through phone service by the efforts of Sartaj Ahmad Khan and GM Pakistan Telecommunication NTR Khalid Ahmad Khan. A number of consumers while talking to this scribe on telephone from Barinus, Koghuzi, Morilasht etc expressed their great pleasure and glad over starting work by VPTCL tower in the area. They termed it the first step and foundation for development of this backward areas.  At present there are 500 connections and number of connections would be expanded upto 1000 in future.

CHITRAL:  To enjoy and  enthralled from colorful events during three days  Annual seasonal cum religious  Festival Chelum Josht of alash community  which would be celebrated from May 14 to 16 in simultaneously in three valleys of Kalash Birir, Rumboor and Bumborate a large number of foreign tourists including foreign media person approaching  Chitral and these three valleys. Talking to this scribe Mr. Jonny Bealby of Wild Frontiers from said that he running trips to for the last 12 years. More than a dozen of foreign tourists were accompanied by him in this trip  who will visit three valleys of Kalash to enjoy these colorful events during the Joshi festival.  Jonny Bealby said that most of foreign tourists like Chitral due to the most peaceful one and there is no problem for any foreigner. He said that all of his group will stay in Chitral and then will approach the scenic valleys of Kalash to attend annual festival of Kalash community Chelum Josht.  A female tourist from told this scribe that she like Chitral very much because they feel here just her home environment and being its peaceful situation they feel no thread here. She said black propaganda in some western media regarding terrorism in is totally termed down (wrong) because there is nothing here in Chitral and they easily visiting here without any security Guard.  She said that a large number of her other Europeans friends are likely to visit Chitral and to attend Joshi festival. It is worth to mention here that Kalash community celebrating Chelum Josht festival with great enthusiasm this year because of recovery of their benefactor Greek social worker Athanasious.