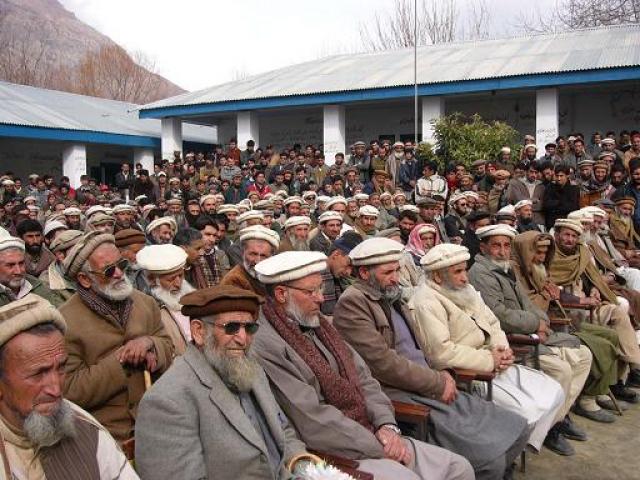 Digital Telephone Exchange Inaugurated at Kalash Valley.
CHITRAL: A digital telephone exchange was inaugurated at Bumborate (Kalash valley). Former Tehsil Nazim Chitral Sartaj Ahmad Khan was chief guest on the occasion. The newly inaugurated exchange having 500 lines, which will connect the valley to other parts of the country as well as Chitral. Talking to this scribe Sartaj Ahmad Khan said that after launching telephone exchange in the valley tourism (Eco-tourism) would highly be promoted. He said that Kalash tribe is the most rare nation having very unique culture and they having international importance due to their culture on world level. Tourists approaching to the valley from each corner of the world to see the unique culture, dress and religious exercise to the valley but they were facing great hardships due to no communication network. He said after launching of telephone exchange now the valley will be more promoted and tourists will book rooms at Bumborate directly from anywhere. He said that this was long awaited and genuine demand of these people, which was fulfilled today. He said that telephone exchange in the valley would be declared a mailing stone in the development and uplifting of the entire valley. People of the valley especially tourists were facing great hardships due to no communication system here.  He said that a VPTCL tower will be installed at Bumborate and Rumboor valleys in near future.
Divisional Engineer of PTCL M. Mujahid said that now students of the valley have the facility of Internet as a result they could watch different informative websites. He said that at present it working with diesel generator hence if local community arranged for providing electricity to the exchange it will work for 24 hours. Hence Sartaj Ahmad Khan assured that he would contact high ups of PTCL to support local community and to provide them a hydropower generator and sheet to their powerhouse of local community then they will agree for supply electricity to this exchange. Hence there is no telephone facility in Krakar and Shekhanandeh villages of this valley despite that cable has been carried out in the area but it has been broken with the Blade of bulldozer when it removing snow from the road. General Manager of Pakistan Telecommunication Corporation responded to this correspondent when he was contacted on telephone that he has already directed his staff to submit the detail report for approval of new cable in that areas where there is no telephone facility due to break down of underground cable.  So as these people would also be given telephone connections as they have already registered their applications for this purposes he added.
Former Nazim Union Council   Ayun Rehmat Elahi, Naib Nazim Khurshid Ahmad, SDO PTCL Bakht Baidar Kha, Jamal Ahmad technical In-Charge of VPTCL, M. Ilyas former councilor and elites of the area were also present on the occasion.  Sartaj Ahmad Khan thanked PTCL high ups especially General Manager Khalid Ahmad Khan for his special support and personal interest in establishment of this exchange as a result long awaited and genuine problems of the valley  people were settled.
G.H. Farooqi PO Box No. 50 GPO Chitral Pakistan phone No. 03025989602, 0943-302295, 414418
Email: gulhamad@gmail.com
Filed under: Media & Tech, World
Share Tweet Pin G Plus Email
previous article: Rare Platonics Track Discovered in New York Basement
next article: Brazil’s National Program for Human Rights