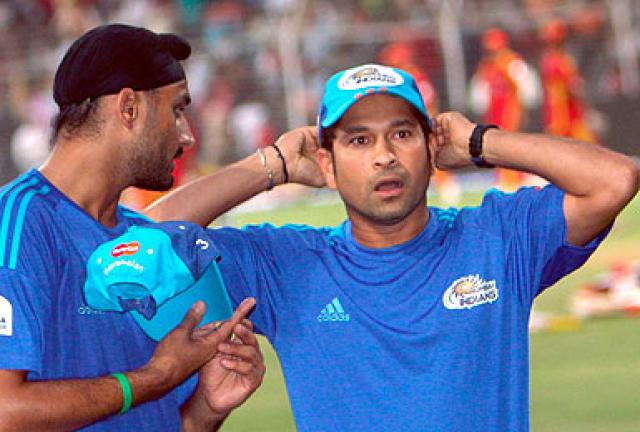 Mumbai Indians’ hopes got a big shot in the arm when their icon player and captain Sachin Tendulkar on Tuesday declared himself fully fit to play his first Indian Premier League match against Chennai Super Kings at Wankhede stadium here on May 14.

“Yes I will be playing the match on May 14. I feel very comfortable. It has been tough and disappointing to have missed the two tests against South Africa and the first seven IPL ties,” Tendulkar told reporters after a strenuous practice sessions under lights.

“It has been hard work and with help from the physio and masseuse,” Tendulkar, who has not played a competitive match since March-end due to a groin injury, said.

Tendulkar said though ace South African all-rounder Shaun Pollock had done a commendable job as captain, resurrecting the team’s fortunes after a string of defeats in the first four matches, he would take over the reins now that he is fit.

“Shaun Pollock was the makeshift captain and has done a terrific job but I will be captaining the side,” Tendulkar said.

He will open the innings with Sri Lankan ace Sanath Jayasuriya for the Mumbai Indians against Chennai, Tendulkar said.

The batsman however refused to be drawn into comments over off-spinner Harbhajan Singh who has been banned from the IPL for slapping S Sreesanth after the Mumbai Indians match against Punjab Kings XI at Mohali.

“It is a past chapter. Let’s put it behind and look ahead,” Tendulkar said.

“It’s not about who is captain but about helping each other,” Tendulkar said.

Talking in detail about his rehabilitation process, the ace batsman explained that the first half was spent in taking complete rest.

“The first half of my rehabilitation was done by taking rest and I was not allowed to play. I spent time on strengthening my muscles and swimming in the pool. All these contributed to my recovering full fitness,” he said.

When asked about the team’s performance so far, especially the defeats, Tendulkar said the first two matches were very close and in the crunch moments went in the opposition’s favour.

The third and fourth matches the team could not compete as expected, he said, adding the key for the turn around in the team’s fortunes leading to its three match winning streak was the ability to take early wickets.

“We could get early wickets and that was the key,” Tendulkar said. The master batsman was also very confident that the crowd would support the home team as has always been the case at the Wankhede stadium.

“The crowd has always been a constant support for us and like Shaun has said earlier it acts as the twelfth man for us,” Tendulkar said.

When asked if he would be looking to strike good form after an injury lay-off like in the past, he said, “I always try hard.”

About the rivals from Chennai, Tendulkar said, “They are a tough side. There will be plenty of talking done in the team before the match, it will be a question of implementing them.”