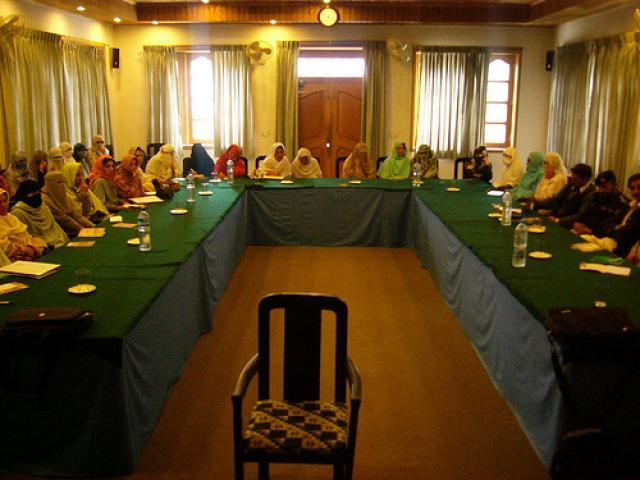 Escalating terrorist activity in Pakistan is destablizing society and safety– and prompting Pakistanis to take out insurance policies that protect their families financially in the event of disaster.

Fear and terror are compelling people to buy maximum life insurance policies. As a result, sales for Pakistan’s state insurance company have increased by 34.42% in one year.

After the September 11th attacks in the US, NATO forces launched ground attacks in Afghanistan, which neighbors Pakistan. The war has led to unrest in Pakistan because the nations share Islamic ties, and cultural unity.  The war has also brought millions of immigrants from Afghanistan into Pakistan.

Many Afghan immigrants were illiterate and unemployed, and allegedly became mercenaries for foreign spy agencies like India RAW and, purportedly, the American CIA.

Most terrorist sarrested by security agencies were proved Afghanis having relation with Indian spy agency RAW.

According to some reports, Pakistan has the lowest level of human life safety in the world; in 2008 it saw 61 suicide attacks, causing 889 causalities and 2,072 injuries, including the dedly “Marriot Blast”. During this period, Pakistanis felt at risk while even moving around their own neighborhoods.

The State Life Insurance Corporation (SLIC) of Pakistan saw revenues of Rs 5.0 billion last year, as the company provided insurance to four million new policy holders and their families in 2008.

SLIC Chairman, Shahid Aziz, congratulated the companys’s marketing force and employees of State Life on securing what he termed ‘historic’ new business. He highlighted that State Life’s new business strategy has paid rich dividends by securing a renewal premium of Rs 12.65 billion in 2008, an increase of 25%.

Second and Third Year Persistency stood at 84.39% and 94.09% respectively, far above the international standard. He also stated that State Life has paid Rs 6.16 billion on claims in 2008,of which Rs 1.15 billion went to ‘death claims’ and Rs 5.01 billion went to ‘maturity claims’.

On the Group Life side, State Life has successfully secured Rs 3.51 billion as premium income by marketing to 189 new groups in Q4 2008.

State Life showed a healthy corporate portfolio performance in 2008 and its life fund stood at Rs 174 billion, which resulted in the yearly allocation of bonuses towards the policies of millions of policy holders. Investment income stood at Rs 18.61 billion in 2008.

Waseem Akhtar, 36, a policy holder, told this correspondent that he has three children and a wife, and as his job requires him to work long hours in a busy local market, he decided to to take the policy for the financial security of his family.  Many recent Pakistan terrorist bombings have taken place in markets.

Another policy holder, a school teacher named Nosheen, said she got the policy because her neighbor died in a blast and his family is suffering in financial crisis.  Nosheen said she decided not to leave her kids "with this misery".

In 2009 SLIC said they aim to provide a better savings and financial protection by marketing various life insurance plans and policies to families throughout country.

But experts say the company’s business will depend– inversely– on the ability of government and security agencies to uphold the law and order conditions in the country.