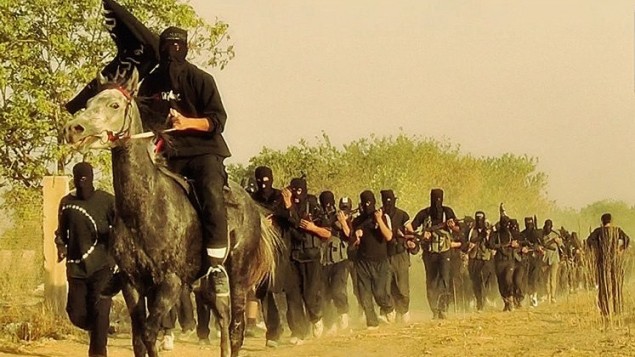 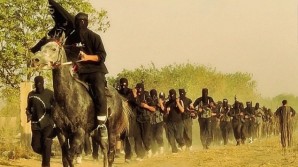 Photographs and intelligence information indicate that whenever there is pressure on armed groups in Syria, they withdraw to Iraq … to regroup and then carry out terrorist operations in the two countries,” Askari said. Pictured here: Al-Qaeda affiliate Jabhat al-Nusra fighters moving across the border between Iraq into Syria (photo credit: Wikicommons/File)

Iranian Defense  ministry spokesman Mohammed al-Askari said Iraqi forces had destroyed two militant camps in Anbar. This may have been accomplished with the sharing of secret intelligence information with Iraq by Iran.

It should be noted that Iraq doesn’t have the intelligence capabilities to track such movement by terrorists currently, begging the question where they got the information from in the first place. Certainly the United States didn’t provide it, leading many analysts to guess that Iran was responsible for sharing critical battlefield intelligence to its Iraq allies engaged in what is a life or death struggle with Sunni Islamic militants. One that threatens the very stability of Iraq as a nation.

According to the report:

“The Iraqi government responded to the attempted killing of Saadoun Al-Dulaimi by launching an operation dubbed “Avenge the Leader Mohammed,” named after the divisional commander who was killed in the brazen attack.”

“Military operations are continuing in Anbar 24 hours per day, and we are focusing on areas near the border,” a senior official said, adding there was a major deployment along the Syrian border to stop the movement of militants and weapons.

“Such camps have proliferated in areas near the border with neighboring Syria, where a brutal civil war has bolstered militant groups and fueled violence in Iraq”, Askari said at the weekend.

He said aerial photographs and other information pointed to “the arrival of weapons and advanced equipment from Syria to the desert of western Anbar and the border of Nineveh province”.

This has encouraged Al-Qaeda-linked militants to “revive some of their camps that were eliminated by security forces in 2008 and 2009,” Askari said, adding that aerial photos showed 11 militant camps near the border with Syria.

“Photographs and intelligence information indicate that whenever there is pressure on armed groups in Syria, they withdraw to Iraq … to regroup and then carry out terrorist operations in the two countries,” Askari said in the report.