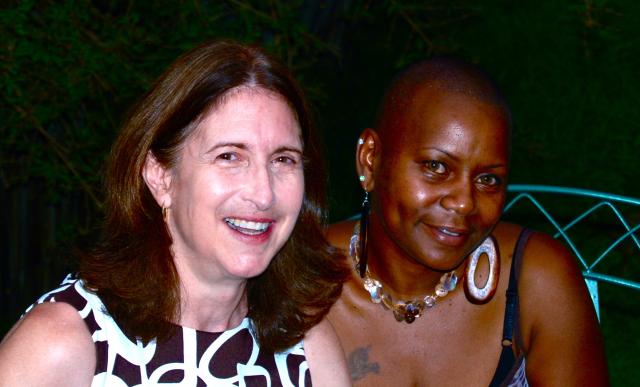 There are so many amazing things you can say about Anna Sterne.  However, the most memorable one for me, was when I was a new employee at the Dobbs Ferry Middle School . I expressed a desire to start a black history month program.  I knew that it was new to the District and the existing Board was a little reluctant about approving such a program. It was Anna Sterne who believed enough in me to convince the Board to embrace the idea. She impressed that cultural diversity should be welcome in our Distric

t. After several meetings with the former Superintendent, my request was approved. I don’t know who was more excited Anna or me! In February, 2010, we celebrated our tenth year anniversary of the black history month celebration! It’s a program that is looked forward to every year by students, faculty, parents, administration and the Dobbs Ferry community.

Her daughter, Kate, was a pioneer team member on the new Step Team Program at DFMS.  It has now been going strong for eleven years.  Anna was also a strong advocate for the Stepping Eagles, not because her daughter was a member, but the positive affect she saw it had on all the young girls on the team.

Countless times I have witnessed Anna fight from her lion heart for the improvements and services needed and deserved beginning with elementary students through to our senior citizens as well as the rest of the Dobbs Ferry community.

I would be relieved and comforted to know that Anna could represent our voice in the State Assembly. She is woman of conviction, integrity and possesses an honesty that is rare these days.  I hope you will join me in supporting this outstanding woman in her endeavor to become our representative in the New York State Assembly!