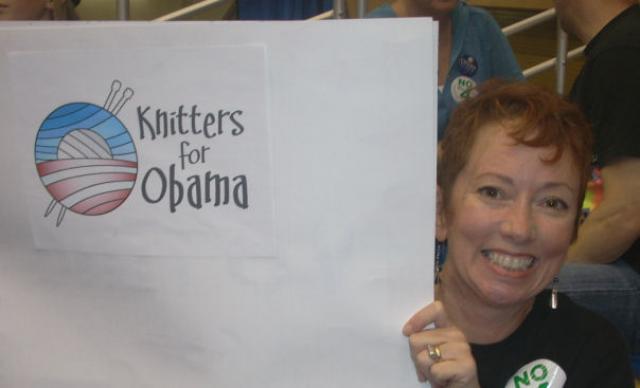 It’s been a wild ride, even after the election results.

It all started when I saw a diary on Daily Kos about videotaping your vote.  That diary led me to Ground Report and a chance to be sent a Flip camera to make videos on election day.  That sounded great to me and was the real beginning of my adventure.

After I sent an email to Rachel Sterne, she asked me to write an article about a local issue.  I wrote about Proposition 8 here in California, the gay marriage ban which unfortunately passed on Tuesday.  More on that tomorrow.

Rachel let me know that I would be receiving a camera in time to shoot videos on election day and I thought, well, I really ought to contribute to the site if they’re going to have that much faith in me.  So I started writing.  And writing.  And writing.  I wrote an article every day (except weekends) from that day on.  I felt so fulfilled.  I had a place to publish all of the thoughts and perhaps even insights I had on the electoral process.

The morning of election day started for me at 5:00 a.m. in California.  It was dark and rainy.  I was very excited about my day and had it all planned out.  It was tremendously exhausting!  I visited 4 polling places, including my own twice.  I interviewed many, many people, so happy, successfully got videos of four different ballots being filled out and cast.  I started uploading videos at lunch time.  When I finally got home to stay at 2:45 p.m. I was really nervous and jumpy, but ready for the results to start rolling in.

Indiana was the first state’s polls to close, but wasn’t called for Obama until many hours later.  We were waiting.  4:00, 5:00, 6:00 passed.  States were called, some were stalled.  At 7:00 Pennsylvania was called for Obama and we did some math.  Obama had 200 votes at that point and with California (55), Washington State (11) and Hawaii (4) in the bag, we knew it was probably over.  But we could not celebrate yet.  We needed to see the numbers for real.

At 7:59, we had 3 computers and 2 TV’s trained on electoral maps and the camera trained on us.  And finally at 8:00:00 MSNBC called the race for Obama.  If you would like to see the moment, go to the Video Your Vote group and watch, it was quite loud and happy at my house.  In the end, I managed to upload 9 videos for the Video Your Vote project and went to bed feeling that I had done my best.

Since Tuesday, some of my videos on YouTube have gotten a LOT of views.  One has over 45,000 views, I can’t believe it!  And the comments, so many people filled with hate and fear, so many filled with hope and happiness.

Today, Sunday, we are still happy, we are still excited.  We are still following the races that have not yet been settled.  Al Franken could still win a Senate seat for Minnesota, convicted felon Senator Ted Stevens could still lose to his rival Mark Begich in Alaska when all of the absentee and military votes are counted.  We are eager to find out who President-Elect Obama will choose to help him restore America to her proper place in the world.

We are still filled with hope and wonder.

Thank you so much, Ground Report, Rachel, Hipple, all of the people who have read my pieces and watched the videos from our historic day.  You all have truly made it so much more memorable.  I will, with your kind indulgence, continue to write for Ground Report and do my best to help it to grow and thrive in this new era.