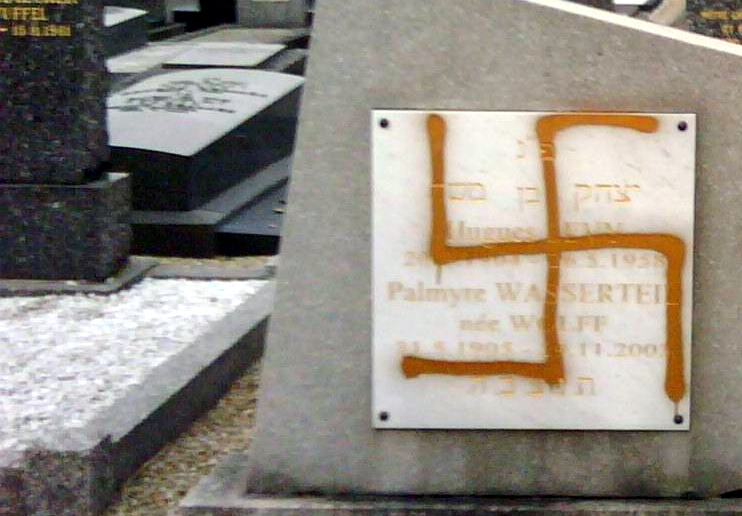 During the past summer a wave of anti-Israel demonstrations took a spin in few Western European countries. Calls to wipe off Israel and exterminate its inhabitants were heard in Austria, Italy, Germany and France. In the homelands of Charles Perrault, Molière and Simenon the demonstrations grew into acts of disobedience in a blink of an eye, resulted in a great number of broken shop windows, looted stores and shops in Jewish quarters of the cities. The mobs of vandals, gone insane and foaming at the mouth were calling for violence against their fellow citizens of Jewish origin, actively showing full solidarity with fascists that exterminated millions of Jews.

The situation with Jewish population in the Fifth Republic raises great concerns both in and outside the country.  The French Prime-Minister Manuel Valls had to accept that anti-Semitism in France was being disseminated in a completely new shape owing to the opportunities of modern technologies and the web. The chairman of Jewish agency “Sohnut” Natan Sharansky is sure, that Jews in France have no future. The very fact that in the passing year the number of Jews that left the country grew by 300% — the biggest wave since the establishment of the State of Israel — speaks of the seriously worsening situation in France.

Against the background of these dramatic events, in the capital of European Union, the French city of Strasbourg, a political scandal has been erupting spilling over the publications in European media outlets. Being continuously condemned by various international organizations for numerous human right violations of their own citizens, for persecutions of activists, human rights defenders and dissidents, the government of Azerbaijan decides to make a desperate move and fund establishment of an “independent” human rights organization in Strasburg. According to official information, the activities of European Information Human Rights Center (EIHRC) would include monitoring and protection of human rights in EU states.  In reality though, the leadership of the human rights center was tasked to collect strategically important and confidential information about the human rights situation in European countries, funding and organization of mass demonstrations, including acts of disobedience against governments in major countries of Western Europe, as well as collecting compromising materials about the leadership of European Union and Members of European Parliament and PACE, first of all among those most heavily criticizing the regime in Azerbaijan and calling to adopt sanctions against that country. A significant role in the mission of EIHRC would have to include the organization of anti-Israel demonstrations and anti-Semitic propaganda. The EIHRC was tasked to establish close ties with Islamist and other fundamentalist organizations in order to further coordinate their activities in the scenario of worsening Azerbaijani-Israeli and Azerbaijani-American relations.

Meanwhile, for the French authorities not to detect the tricks ahead of time, a well known German human rights lawyer of Jewish origin – Garri Mourei — had been invited to preside in the organization.

Another true sensation for many was that the activities of EIHRC from Baku were supervised and coordinated by Ali Hasanov, the Head of Department on Social-Political Issues of the Presidential Administration of Azerbaijan. In his homeland Mr. Hasanov is widely known not only for his anti-American views, but also as one of the most corrupt government officials. His affinity with president Ilham Aliyev and numerous jiggery-pokeries in the Administration of the president allow Mr Hasanov to pose himself as a likely successor to the aging Ramiz Mehdiyev (acting chief of staff to the president), who is probably getting prepared to retire next year, and thus remain in the «deck» and continue shoring up support to one of the oldest business empires in the country, controlled by his fellow Hasanovs.

Apart from one of the closest associates of Azerbaijani leader, Ali Hasanov, this case also involved a known criminal and recidivist Eynulla Fatullayev, currently a resident of Baku, famous in criminal circles under nickname «Fatya». Back in 2007 Mr. Fatullayev was sentenced to eight and a half years of imprisonment on charges of tax evasion and incitement to ethnic hatred. In 2009 he was prosecuted on charges of drug possession. Despite the fact that Mr Fatullayev has a degree in journalism and for some time had been enlisted as an affiliate of the most popular media outlet in the country – Journal «Monitor» — he eventually failed to win sympathies and respect among colleagues. The final point in his career as a professional journalist was the controversy with the editor-in-chief of the «Monitor», a well respected human rights defender and popular journalist Elmar Huseynov. Soon after this quarrel Mr. Huseynov was found dead in the entrance to his apartment building with six bullets in his body. Meantime, Mr. Fatullayev strangely enough got resources from somewhere that enabled him to establish a number of news websites and newspapers.

Worthy of note, after Huseynov’s death in journalist circles there was much talk that «Fatya» had a role to play in the tragedy, yet the authorities were not able to find those guilty in the death of the journalist. Fatullayev himself was very much against of conducting journalistic investigation to find out those behind the murder of Mr. Huseynov.

In May 2011 Mr. Fatullayev was pardoned by a presidential decree and released from prison. Within less than a month Fatullayev established an information-analytical website for the propaganda of Islamic values and a platform to incite anti-Semitic and Russophobic propaganda. In February 2012 «Fatya» makes a statement that arrests of religious leaders in Azerbaijan are supported by Israel and Jewish diaspora in order to openly provoke a rise of anti-Semitic sentiments in Azerbaijan.

And all this is only the tip of the iceberg. The details of this unbelievable and truly detective story will probably be revealed to our audience in the next issue by one of the main parties in the Strasbourg scandal – Mr. Garri Mourei.

Filed under: News, Politics
Share Tweet Pin G Plus Email
previous article: Advice From The Gods Puts World’s Religions In The Palm Of Your Hands
next article: AP Automation 101: What You Need to Know [New Corcentric Webinar]