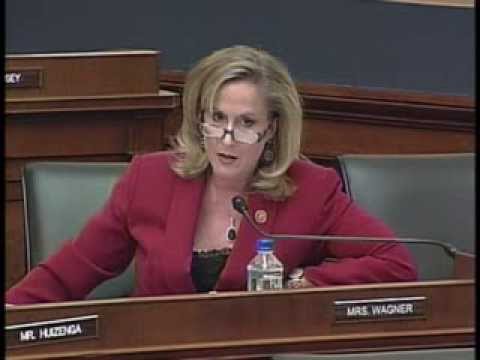 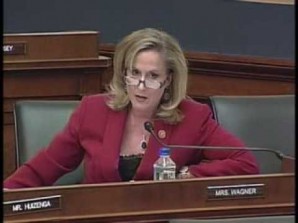 On September 11, 2013 Rep. Ann Wagner of Missouri was granted permission to address the United States House of Representatives regarding the attack on the U.S. Embassy in Benghazi, Libya one year ago.

“Mr. Speaker, for the past 12 years, September 11 has been a day of solemn remembrance in America. And 1 year ago, it was a day of violence in Benghazi that ended with four dead Americans during a planned terrorist track.”

“Mr. Speaker, as a former United States Ambassador, I rise today in honor of Ambassador Chris Stevens, Information Officer Sean Smith, and Navy SEALs Glen Doherty and Tyrone Woods. Their families and the American people deserve answers; they deserve the truth and, more importantly, justice. One year later, there are still so many unanswered questions: Why did we not answer the cries for greater security at the U.S. consulate? Why in the days and weeks after Benghazi did the administration lie about the terrorist attack? And who gave the stand-down order?”, she said.

“It is shameful that the Obama administration has refused to track and punish those who attacked and murdered these four Americans. The American people deserve answers. The Congress should convene a select committee to investigate the terrorist attack in Benghazi. The victims’ families deserve the truth. The American people deserve a Commander in Chief that stands for strength, liberty, and justice”, said Rep. Wagner (source: Congressional Record, September 11, 2013).

Note: Rep. Ann Wagner represents the 2nd Congressional District of Missouri. She is generally speaking highly regarded in Congress. Many believe she is a good candidate to run for president of the United States in 2016. However she has given no indication at this point that she will run. We can only hope she does!

Filed under: News, Politics
Share Tweet Pin G Plus Email
previous article: “I hope that a diplomatic solution can be found in Syria”, says Rep. Engel
next article: “The war on terrorism is far from over”, says Rep. Wilson