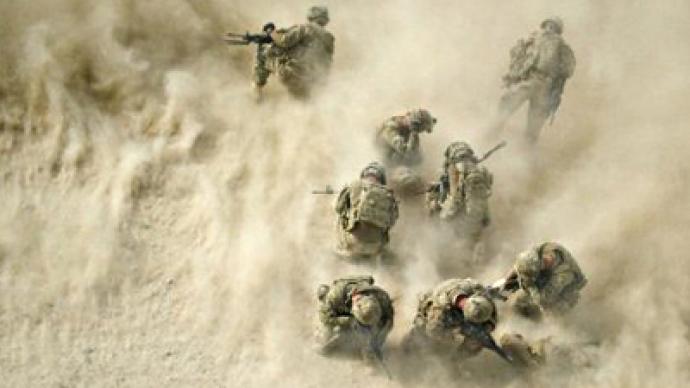 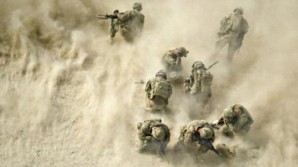 American soldiers get “dusted” as they await helicopter evacuation in Kandahar, Afghanistan.

On November 20, 2013 Rep. Walter Jones of North Carolina asked for and was granted permission to address the United States House of Representatives for a few minutes about the war in Afghanistan.

“Mr. Speaker, I am again on the floor today because our Nation has failed to heed the warning of George Washington, who told us to beware of foreign entanglements.”

“We have lost over 4,474 Americans in Iraq and 2,276 Americans in Afghanistan. In both of these wars combined, 46,720 of our servicemembers have been wounded. Furthermore, the American taxpayer is spending $10.45 million every hour to pay for the cost of the war in Afghanistan since 2001. Mr. Speaker, let me repeat that. We are spending $10.45 million an hour just to pay for the money spent in Afghanistan since 2001. Despite these facts, we are now entering into a long-term agreement that, at best, is a failure–at best is a failure”, he said.

Filed under: Business, Wealth
Share Tweet Pin G Plus Email
previous article: “We have lost over 4,474 Americans in Iraq and 2,276 Americans in Afghanistan”, said Rep. Jones
next article: “To the American soldier, I am sorry to say, if we don’t do our job in Congress, you will be there until 2024”, says Rep. Jones