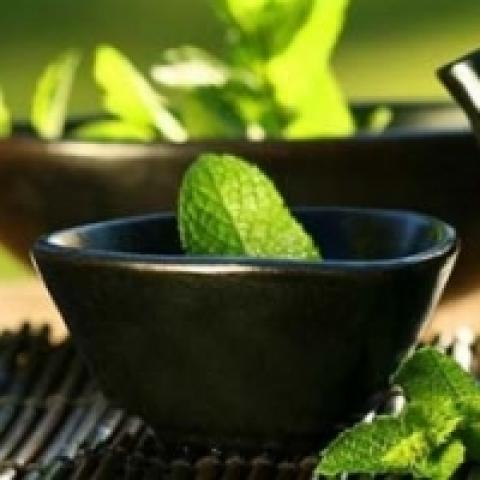 The ancient Greeks learned aromatherapy from the middle East and Asia. With them, medicine became the subject of of more serious and scientific study and Hippocrates, the celebrated father of medicine, advocate specially scented baths and massages as treatments for certain diseases. He also categorized the medical uses of a number of essential oils. From that time on, all Greek physicians prescribed fragrances to stave off every possible illness. They captured the scent of almost everything in sight -flags, walls, linen, horses, dogs, as well as themselves. They also attempted to fumigation in the stress.

While the Egyptians applied perfume in a solid cone of cream on the head that would slowly melt down to the body, the Greeks applied their perfumed creams to their feet and breasts. They had a theory that perfume on the feet would envelop the whole body and gradually ascend to the nose and that the breasts were the seat of the heart.

The most famous perfume of the Greeks was called Megaleion. It contained a large amount of myrrh mixed with cinnamon and casica. Megaleion was also used to reduce inflammation of the skin and to heal wounds.

Epidauros, the birth place of Aesculpius, the legendary Greek god of healing, was the city of aromatherapy health spas. Within the city was the temple of Aphrodite, the Greek Goddess of love and beauty. It is said that Milt, the favorite wife of Cyrus of Persia, had developed a tumor on her chin which was increasing in size and marring her beauty. she visited the temple of Aphrodite daily, with a garland of roses as an offering to the goddess. One night she had a dream in which Aphrodite appeared and told her to crush and apply some of the roses she had placed on her altar, to her chin. She dd just that and recovered her beauty completely.