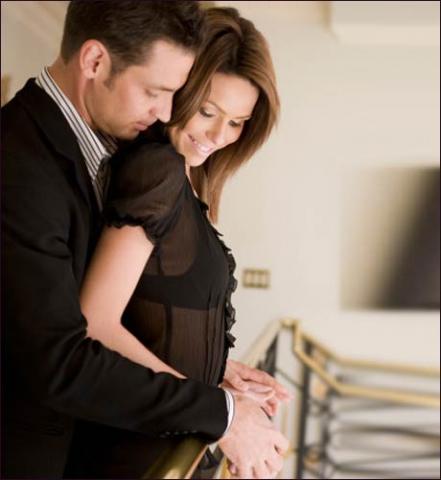 Forget those cheesy pick-up lines and expensive colognes to impress a woman. The winning formula to land a hot date requires nothing but a straight look into her eyes accompanied by a light touch on her arm, according to a new study. The study, by scientists at Aberdeen University, has found that two-thirds of women gave a nod to dance with a man who requested for a dance by resting his hand on her arm for a second or two. And those who did not comply with the trick and kept their hands by their side while asking the same question had a success rate of only 50 percent. In fact, women also preferred to give their phone-number to a man who touched their arm as he approached them in the street.

Published in Focus Magazine, the study said that touching makes a man appear dominant, and henceforth more attractive to the opposite sex. In fact, researcher Dr Ben Jones said that making eye contact also indicates interest in a woman, but only if it is genuine. "Smiling can make you more attractive but it is worth bearing in mind that faking a smile is quite tricky," the Telegraph quoted Jones, as saying. And those men, who find it hard to fake a smile, are advised by Jones to take extra care of their skin, or stay amidst other women to appear more appealing.
There have been innumerable studies on finding the perfect seduction technique. Countless books, manuals (read the Kamasutra) have been dedicated to understanding what drives a man and woman crazy. Tales of seduction and seductresses have continued to feed the fantasies of men and women throughout history. While the world tries to master this art, here are some seduction fundamentals that are sure to send your pulses racing….
http://hotnspicypage.blogspot.com/
Filed under: Lifestyle, Opinion
Share Tweet Pin G Plus Email
previous article: Top Sex turn-Offs!
next article: Know Here What Women Wants