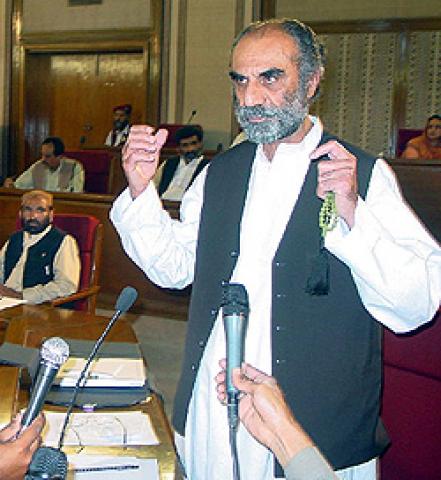 Quetta, Pakistan: The provincial assembly of Baluchistan passes a resolution against the US drone attacks in the region.

There are report of US drone attacks on some parts of Baluchistan therefore the parliamentarians urged the federal government and the foreign ministry to enlighten the US authorities about their concerns.

The Baluchistan assembly unanimously passes the resolution against the possible drone attacks on Baluchsitan.

The speakers said that any misadventure in the region by the US led war on terror may exacerbate the secuirty sitaution in Baluchistan.