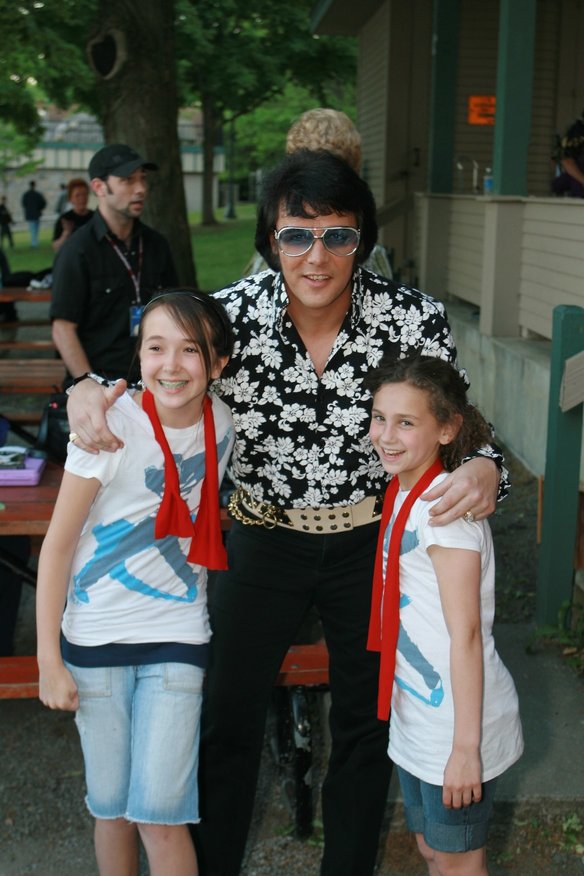 1888 PressRelease – Thousands Expected to Attend the 12th Annual Festival, Which Features the Tribute Act the Liverpool Legends Along with Five Days Filled with Entertainment for All.

Albany-Schenectady-Troy, NY – Lake George is the site of the 12th annual LakeGeorge.com Elvis Festival May 27-31, at which thousands of Elvis fans and music lovers will unite for festival events taking place at various venues throughout the picturesque vacation community. The three-day Ultimate Elvis Tribute Artist Contest is a festival highlight, with more than 60 contestants competing for $10,000 in prize money.

For the first time this year, the festival features The Beatles tribute act the Liverpool Legends, who will perform Thursday night with two of the top Elvis Tribute Artists, Cody Slaughter and Chris Connor, in “Elvis Meets The Beatles.” A world-renowned act comprised of four musicians/actors who were handpicked by Louise Harrison, sister of the late George Harrison of The Beatles, the group headlines its own production in Branson, Missouri.

“This year’s festival promises to be bigger and better than ever,” said Jason Sherry, president of Sherry Management, LLC, and festival director. “Along with all of the festival favorites, we’re excited to bring the Liverpool Legends to the Lake George area. There’s truly something for everyone, and we look forward to entertaining fans all weekend long.”

Festival highlights include:
• Wednesday night’s opening ceremony in Shepard Park, which is free and open to the public
• Thursday night’s “Elvis Meets The Beatles” show, featuring the Liverpool Legends
• Friday night’s headline show starring Connor, with performances by Stewart and Kombou
• Saturday night’s headline show, “Happy Birthday to the King of Rock and Roll,” featuring Klush, Slaughter and Lee
• A three-day Ultimate Elvis Tribute Artist Contest featuring up to 60 competitors, a preliminary for the 2015 finals in Memphis
For a full event schedule, visit http://www.lakegeorgeelvisfest.com/events/index.cfm.

About Graceland and Elvis Presley Enterprises, Inc.
Elvis Presley’s Graceland, in Memphis, is music’s most important and beloved landmark, with hundreds of thousands of fans from around the world visiting the historic home each year. Elvis Presley Enterprises, Inc. (EPE) manages the operations of Graceland, its related properties, including the recently-announced Guest House at Graceland, a 450-room hotel opening in fall of 2015, as well as the Graceland Archives, featuring thousands of artifacts from Elvis’ home and career. EPE also produces and licenses Elvis-themed live events, tours and attractions worldwide. Graceland Holdings LLC, led by managing partner Joel Weinshanker, is the majority owner of EPE. In 2013, Graceland was voted the #1 Iconic American Attraction by USA Today and 10Best.com readers. For more information on EPE and Graceland, visit graceland.com.