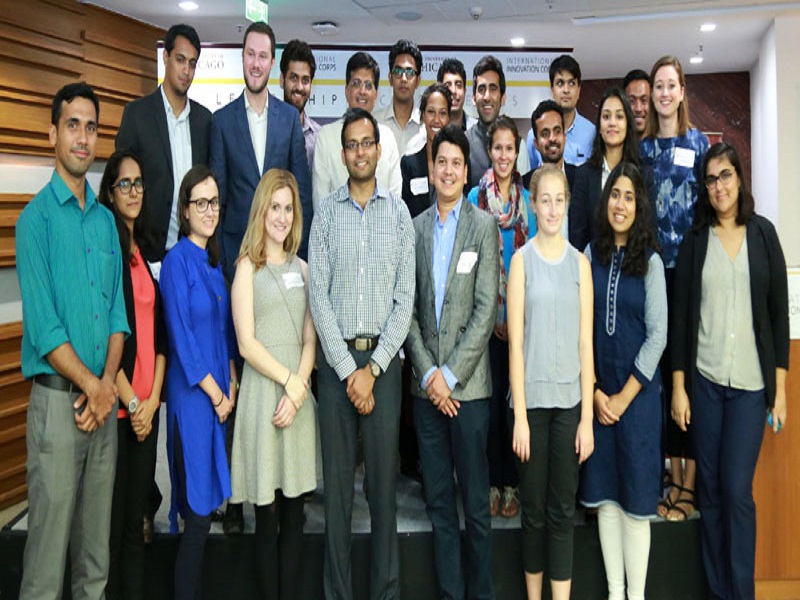 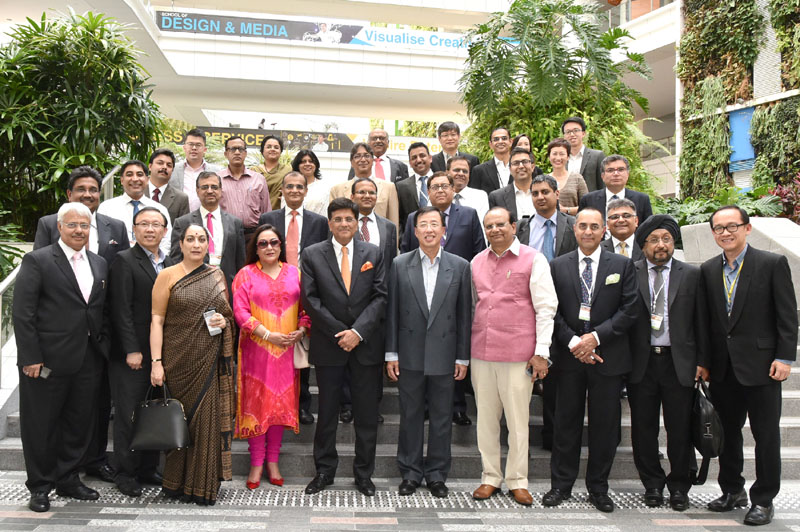 The Minister of State (Independent Charge) for Power, Coal and New and Renewable Energy, Mr. Piyush Goyal at the Institute of Technical Education College Central, in Singapore on May 23, 2016.

Singapore (PIB-GR-TYP-BIN): Mr. Piyush Goyal, Union Minister of State (IC) for Power, Coal, and New & Renewable Energy visited Singapore on May 23. While delivering the Keynote Address at Deutsche Bank’s dbAccess Asia Conference 2016 at Marina Bay Sands Expo & Convention Centre, Singapore, Mr. Goyal said that the biggest achievement of the Government was changing the mind-set of the people and instilling confidence that India can change for the better. He remarked that pessimism and cynicism has been replaced by optimism, hope and confidence.

During the address, Mr. Piyush Goyal made a presentation on the achievements of the Government led by Prime Minister Narendra Modi in the past two years. He briefed about the various steps taken by the Government to improve energy access, rapid scaling up of renewable energy, integration of renewable energy in the grid, enhancing grid reliability and the massive opportunity presented by the untapped demand in the Indian market. He outlined the steps being taken to achieve energy access and mentioned about programmes like the LED programme for enhancing energy efficiency, National Solar Mission and UDAY (Ujwal Discom Assurance Yojna) program. He also outlined the steps being taken by the Government in other sectors like education, healthcare, infrastructure development, industry & agriculture and empowerment of people and said that India would soon be achieving a double digit growth rate.

The Minister was hosted to a lunch by Singapore’s Deputy Prime Minister and Coordinating Minister for Economic and Social Policies, Mr. Tharman Shanmugaratnam. The two leaders discussed bilateral relations, and regional and global issues of mutual interest.

The Minister visited the ITE College Central and undertook a walking tour of the facilities including the Retail Merchandising Training Centre and The Design Excellence Centre. At the ITE College Central, the Minister was briefed about the skill training conducted by the ITE in different sectors. He outlined a plan to replicate ITE’s success on a grand scale in India and involve the private sector in opening 21 such centres across India. This will provide world class skill development and generate massive employment in India.

During the visit, Mr. Goyal met with select institutional investors and the soverign funds of Singapore-Temasek & GIC.

Mr. Goyal was accompanied by an official delegation which included Chairman, Khadi and Village Industries Commission (KVIC), Joint Secretary, Ministry of Power, and other officials. He was also accompanied by a high level business delegation headed by President, FICCI.

The Minister of State (Independent Charge) for Power, Coal and New and Renewable Energy, Mr. Piyush Goyal at the “Innovation in Government” by the International Innovation Corps Leadership Lecture Series, at University of Chicago Delhi Center, in New Delhi on May 20, 2016.