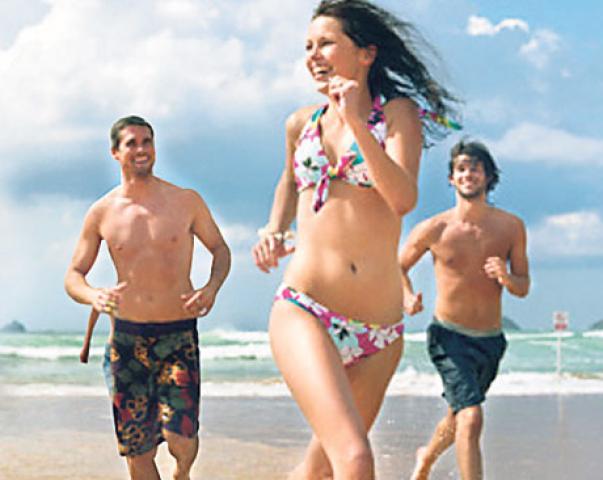 If you want to make your man spend a little more money, all you need to do is strut about in a bikini or other sexy outfits, as such things make men extremely impulsive when it comes to taking decisions either related to money or diet. Lead researcher Bram Van Den Bergh of Katholieke Universiteit Leuven in Belgium found that the desire for immediate rewards increased in men who looked at pictures of beautiful women or watched video clips of young women in bikinis.
It wasn’t that men were simply distracted by their sexual arousal, which caused them to choose more impulsively. On the other hand, they showed improved cognition and creativity after exposure to sexy stimuli.
From the study findings, researchers concluded that there is one common appetite system in the brain monitoring our desire for a host of pleasures from sweets to pretty faces, alcohol to lotto winnings.
When it is stimulated by a sexy picture or the smell of baked goods, we experience a general craving for anything pleasant. “Basically, you just want to be rewarded,” a magazine quoted Barbara Briers, a researcher at HEC Paris School, as saying. Van Den Bergh and colleagues rendered the bikini-effect powerless by satiating the stirred appetite with a different type of reward – financial security. A sense of personal wealth depends largely on what we perceive to be the standard. The researchers manipulated this perception to make male subjects feel relatively rich or relatively poor.
When a questionnaire suggested the average income in society was very small, smaller than most of the subjects’ incomes, the men felt rich in comparison. On the other hand, when the average income was implied to be very large, most of the men began looking at their own earnings as piddling. When the men felt well-off, the bikinis lost their influence.
However, if they considered themselves among the have-nots, they were likely to seek gratification after seeing women running in bikinis. Briers hypothesised, unfulfilled sexual arousal could trigger a subconscious belief that one’s reproductive status is at stake.
Van Den Bergh said that the bikini effect does vary in strength from person to person. While most men are vulnerable to subtle types of stimuli, like sexy ads and touching lingerie, others may need to see a woman nude before feeling impulsive. No matter, Van Den Bergh warned, ‘being exposed to a sexy girl may influence what stock you invest in or what candy bar you buy.’
http://hotnspicypage.blogspot.com/
Filed under: Lifestyle, Opinion
Share Tweet Pin G Plus Email
previous article: Love is Blind
next article: England in a comfortable position on the second day of the test match