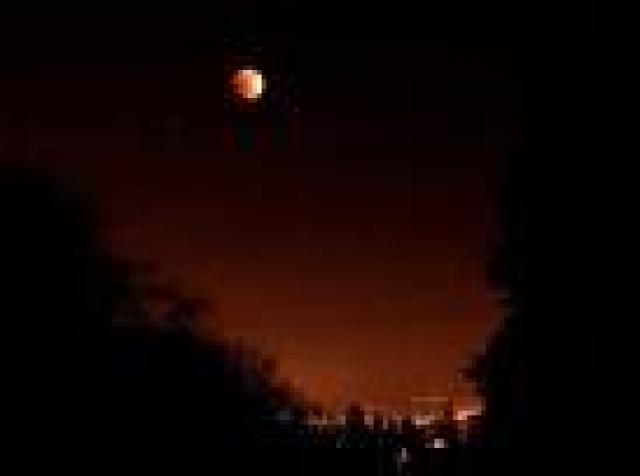 An eclipse of the sun is a strange and rather awe-inspiring sight. At first one sees a clean-cut patch of darkness at the edge of one side of the sun, just as if some one had taken a small bite out of it. The black patch quickly gets larger, until it darkness half the sun, and then the sun appears in the shape of a crescent. The dark shadow goes on spreading over the rest of the sun’s surface, until the sun is altogether hidden, and one can see only its rays of light streaming off round its edge. It looks like a black sun, with a rig of light all round it.

This is called a total eclipse of the sun. It has a very strange effect. The atmosphere becomes dark as it does at twilight; birds think the night is coming, and they stop singing and go to sleep in the trees. Some animals creep away into their hiding places as they do at sunset; while the night-birds and the beasts that prey at night, stir themselves and come out.

In countries where the people are ignorant, a solar eclipse fills them with fear. In China, they say that a great dragon is eating up the sun; and the people gather together and shout and beat great drums to frighten the dragon away. And as the eclipse passes, and the sun shines out once more, they think they have saved the sun, by their noise, from destruction in old days, when people did not know what an eclipse really was, they though it meant that some dreadful thing was going to happen to men. Even in modern times, In India may believe the same thing about eclipse ad comets; and they look on `The comet as prophecy of the death of some famous person.

But of course we are no afraid when we see a solar eclipse, for we know what it really is. It is caused simply by the moon coming between the earth and the sun, hiding the sun from us for a short time.