Pride for the nation:  Some people are born to fight all odds and Satyarup Siddhanta stands testimony to this fact. The software Engineer from the city Bangalore and mountaineer has added another feather to his cap as he recently finished scaling Mont Blanc, the highest mountain in the Alps and in Western Europe with summit elevation 15,781 feet above sea level. The proud mountaineer is now gearing up to climb Mt Everest the highest mountain in world. 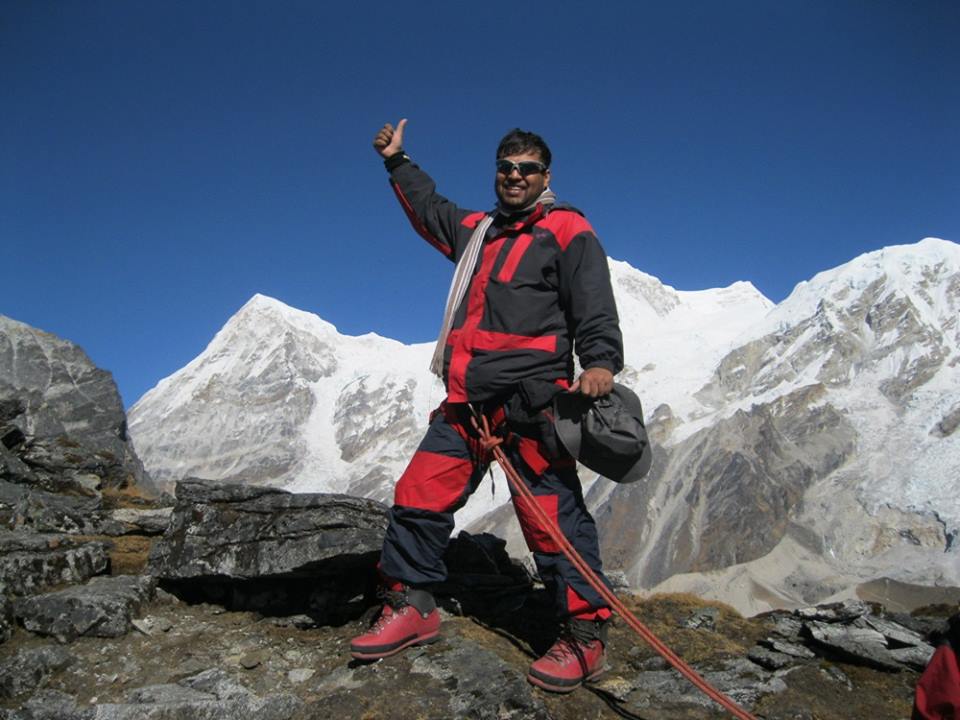 An Avid Adventurer at Heart: Passion for scaling the peaks is inherent in techie Satyarup Siddhanta who has completed his computer engineering course from Sikkim Manipal Institute of Technology and works in works in a Manufacturing  company called Brady as a Technology Lead. He started off leading treks and taking groups to the Western Ghats from the Bangalore Mountaineering Club. The fund related problems could not deter the strong headed adventurer to scale Mt. Elbrus the highest peak in Europe, Mt. Kilimanjaro the highest mountain in Africa and Mt. Aconcagua the highest summit in South America as well as Mt Denali the highest mountain in North America.

Over the years he has been organizing mountaineering expeditions in India and oversees. An explorer by nature, his interests ranges from paragliding, photography, horse riding, magic, piano playing even social works. He is also the winner of Cox and Kings GrabYourDream contest which is the largest online hunt for adventurers.

Fighting Against Odds: Nonetheless this summit to the top has not been an easy climb from Satyarup who in his childhood had been a chronic asthma patient. He was definitely not the fittest of kids in school and could hardly run 100 metres.  Therefore climbing mountains were out of the question.

His interest in mountains was perhaps kindled on his first Darjeeling trip with his parents in childhood. “Perhaps it sparked the love for mountains subconsciously,” Siddhanta said in a recent interview in The Telegraph.

In 2010, he trekked to Everest Base Camp and that’s when the climber bug bit him. He did a mountaineering course from the Himalayan Mountaineering Institute in Darjeeling and that gave him hope.

For Siddhanta his adventures are not his “conquests but tribute to a great manifestation of nature. “Standing on the peak makes me humble,” he says.

As they say sky is the limit. Satyarup Siddhanta has already set his goal for the 2015-   he is all set to scale the Mt Everest. His dream is to conquer the Everest, a feat he has scheduled for 2015. The trip which is estimated at a cost of Rs 19 lakh is being partially supported by Manipal group which has given him a grant for Rs 6 lakh. This committed climber is however confident that he would manage to gather enough funds and fulfill his dream of seven summits.

Satyarup’s  stories and social works are inspirational and motivational to people who could derive courage to fight their age old problems. His never say die attitude will surely help lot of people grappled with same kind of issues.

Connect to him at https://www.facebook.com/MountaineerSatyarup

Filed under: News, World
Share Tweet Pin G Plus Email
previous article: DGP orders absorption of 109 SPOs, out of turn promotions to 102 cops
next article: Tips on Choosing the Right Gift for Diwali