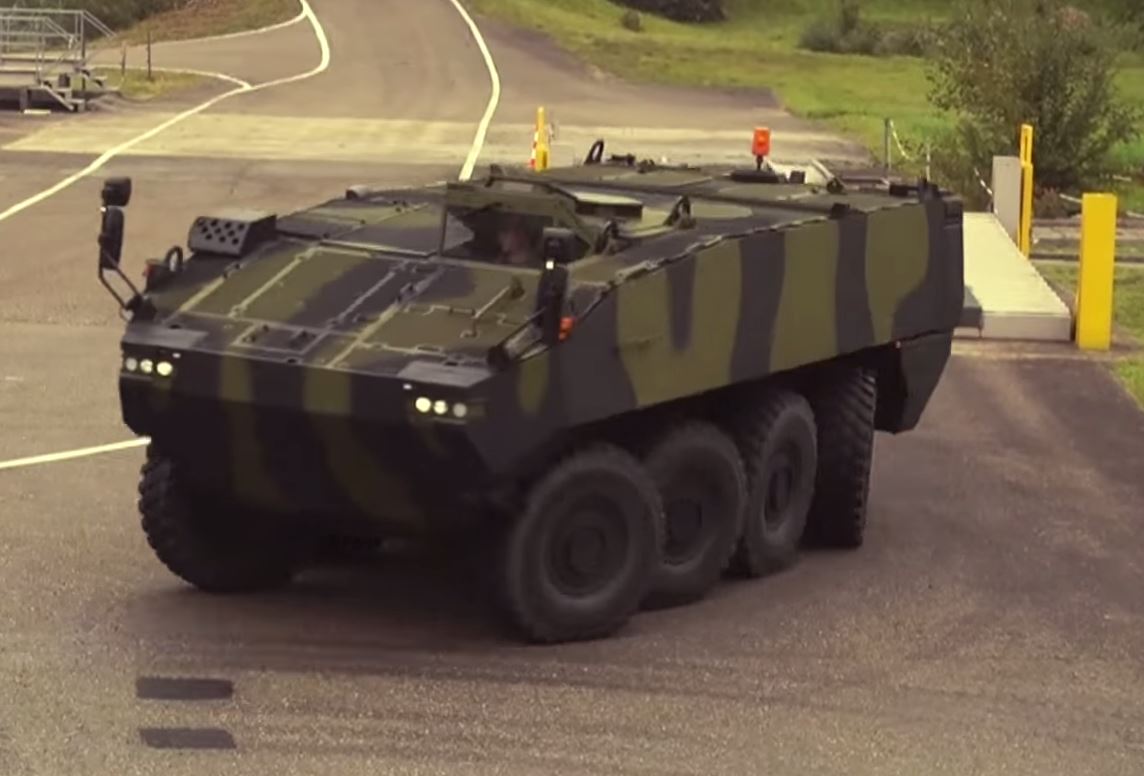 It’s known as the sinews of war. No matter the nerve, the commitment and dedication of an army to its task, armed forces must be financed and a nation which is no longer able to maintain control on its defense expenses will inevitably lose its operational capacity, whatever the quality of its army. Denmark, in the past month, had the bitter experience with the replacement project for the new armored personnel carrier. Another reminder that technical aspects and tactical aptness matter, but money lies below every deal.

In recent years, it became increasingly obvious that Denmark’s aging fleet of M113 armored personnel carriers (APCs) needed rapid replacement. The old combat vehicles had served well, but for too long, and Denmark’s recent wish to intensify its role on the international scene was the signal to take action for its parliament. After months of consideration, before a panel of wheeled or tracked vehicles, the choice was made to opt for the Piranha 5, produced by GDLS, in April of 2015. A perfectly valid choice, on the spot. But then reality happened.

“A scandal of unseen dimensions”, according to Troels Lund Poulsen, spokesman on Defense from the Liberals party. Indeed, in the haste of business, Denmark didn’t think of, or against, securing insurance against currency rate fluctuations. And the deal to replace the 250 to 400 old APCs was signed in Swiss francs. A currency which has skyrocketed in the past month. In the light of this unforeseen evolution, it has become clear how fragile and slipshod the entire project’s management was. As some other projects have been seen to do, this one could escalate into national disaster.

Before any purely financial considerations can be held, a quick glance at the Piranha 5 should be taken. There’s no question the vehicle itself is the result of serious engineering. GDLS has much experience and expertise in producing combat vehicle, so their products should not be condescended to. But one red flag should have hit the decision-makers in the deal: it isn’t combat-proven. Military history shows that nothing, absolutely nothing, can replace actual work on the field and ground-level implementation of the vehicle’s capabilities, before any kind of confidence can be put in a vehicle. Now, critics would say that if no combat-proven vehicle could ever be chosen, the snake would bite its tail and no equipment could ever be replaced. True, and not, at the same time. When major technological advances arise, the risk of fielding virgin equipment must be taken, as no alternatives exist, save lagging on progress (when the stealth F-117 fighter came out of production lines, it had many youthful shortcomings, but there was no other option). But in the case of armored personnel carriers, and especially the Danish replacement project, several of the contender vehicles had been used by allied armies, with zero casualties in their operational history and overall satisfaction from the troops. As with any other new vehicle, the risk is that the vehicle will lack one vital feature, overseen by design teams, and that an additional device will have to be added to the APC, thus considerably raising the price of the overall project.

Second, and still related to the youth of the vehicle: it hasn’t been amortized yet. Here again, critics will say that all vehicles must be given a chance and will reach their production pace and financial equilibrium eventually. True again, but not applicable in this case. Because GDLS has sold few of these carriers: the number of clients it can spread out the cost of research & development onto is… one, including Denmark. Which provides clients with an unpleasant perspective: the overall arms project may well see its costs soar, due to necessary additional modules or fickle currency rates, but the manufacturer will never agree to cut its prices. Up is the only way budgets can go.

Countries tend to compensate the high public cost of purchasing weapons by requiring the production to take place, at least in part, in the client country, so as to generate employment and investment. In several cases, GDLS sometimes seized opportunities (such as reductions in ordered volumes – a likely event in this case) to call back its production lines (here and here). In the Danish case, this has turned into a double-edged sword: either the manufacturer maintains its production lines in Denmark, in which case the additional cost will be added to the 16% increase of currency-related cost (for the moment, this may further evolve in the near future), rendering the overall expenses near unbearable; or the extra jobs and investments will not be delivered, with political hell to pay for the unmet engagements.

Of course, with his back to the wall, it is likely that Nicolai Wammen, Denmark’s Defense minister, will simply decide to reduce the number of vehicles he can afford and will order. But since the initially negotiated price per vehicle has, of course, been calculated on the basis of a certain amount of vehicles, GDLS will then be free to fix new prices for the pruned order, and will surely increase it sharply.

Slight moderation is in order: choosing the Piranha 5 to replace the old Bradley M113s was perhaps not the best choice, but it isn’t an insane one either, as the vehicle seems properly designed – time and combat experience will confirm this or not. The dangerous business practices the Danish Defense Department is exposed to is not exclusive to GDLS, as many other arms manufacturers tend to lower their prices before their contracts are signed, only to recoup their money later on additional services or parts. It seems quite clear, however, that Denmark has placed itself into a very difficult situation, and it took less than a month for the deal to blow up in Danish faces. Now that the deal is past, it will be very difficult to find financial partners who will accept securing a contract which has already spun so far out of control, but perhaps it is not too late to pull out of the deal.