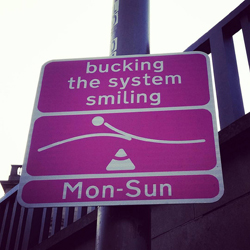 We are in an election year where renegade candidates – candidates who seem to be speaking to the heart of the people – are the front-runners.  And as the cycle moves forward, we are seeing more and more clearly just how discomfited the powers-that-be are with this.  But this is nothing new.

The Gracchi brothers of ancient Rome, more often known as ‘the Gracchi’, deserve attention for their inspired attempts to reform the Roman republic. It didn’t end well.

Established power fights like hell to hold onto what’s theirs and sometimes go to great lengths to eliminate threats. True a long time ago, true today. Support for reformers can be fickle too.

Consider the fate of Tiberius and Gaius Gracchus in 130-120 BC.

Tiberius, as tribune, attempted to redistribute land from the wealthy to the poor based on a Roman law limiting the amount of land that could be owned by an individual. He and three hundred of his followers were clubbed to death, establishing political assassination as a tool of opposing reform.

Gaius, ten years later, continued his brother’s path and was able to pass legislation. Lower classes, having risen, now abandoned him, along with the power elites, when he tried to extend legislation to non-citizen Italians. He committed suicide when a blood-thirsty mob came his way.

Roman assassinations continued through its history, including emperors and the famous Julius Caesar. We can only wonder at our own disasters if we consider whether our leaders were taken down by individual nut cases or as part of wider conspiracies. Sometimes we never find out for sure.

What can we take from this as our own political firestorm approaches? Remember the summer of 1968? Political fervor is running high this cycle. Are we so sure it can’t happen again?

Reformers can walk a perilous path. They threaten the establishment’s influence, money and power. As well, it should be noted by the example of the Gracchi, that the support of the people for reform may also wane if their interests and benefits are threatened.

Idealism can lighten a path forward, but the many interests can pose strong headwinds to progress. As the Greek historian, Thucydides, wrote in the 5th century BC, “The kind of events that once took place will by reason of human nature take place again.” The original “History repeats itself”, or maybe history regurgitates itself.

One of the things that has set us apart as a nation is the seamless way our government has seemed to move forward.  Leaders are voted in, voted out, and new leaders take their places without the violence present in so many countries during election seasons.

We can be thankful our transfers of power are made peacefully, but we best are careful here. For as we are seeing this election season, when the belief systems or access to power of some are threatened, violence is often not far behind. We have to ask ourselves why this season the threat of violence is so prevalent and put a stop to it – before the system that has sustained our freedom is irreparably changed.