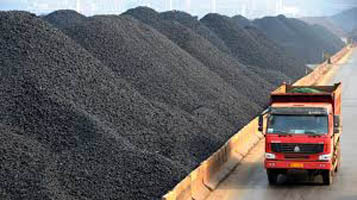 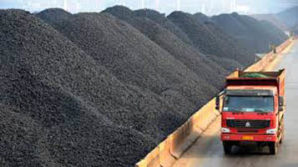 Presidential candidate Hilary Clinton is not an energy expert.  She probably has some such person on her campaign staff, but she didn’t need them when she told the unfortunate truth to a West Virginia audience.  She said, “We’re going to put a lot of coal miners and coal companies out of business.”  This occurred at a round table forum in March in Kentucky, hosted by CNN.  The statement was made in the context of proposing to replace these jobs with renewable energy jobs, and was not made as a policy prescription, more as a statement of fact.

Was she right?  What is the future of coal in the US, and more broadly in the world?

It is not easy to make a case for the coal mining (and burning) industry.  Coal mostly is used in electric power plants, and has been historically for a hundred and thirty-four years, since Thomas Edison built the first electric plant, the Pearl Street station in downtown Manhattan, in 1882.

Using coal as a fuel has advantages: the combustion technology is straight-forward, it is far easier to burn coal in large boilers and move the electricity around than it is to have coal deliveries to every home and business with a small furnace.  It is plentiful; there is a huge reserve available in the US, and much in a number of other countries.  There has never been an “OPEC of coal” because of this dispersion of the resource.  But over time the disadvantages have begun to chip away at the market.

Let’s start with production. Being a coal miner is a dirty, damp and dangerous occupation, particularly underground mining. According to the Bureau of Labor Statistics, mining is the second most dangerous occupation in America.  And just to answer the obvious question, depending on how you calculate, either commercial fishermen or loggers hold the prize for most dangerous US job.

But concern for worker safety is not driving coals’ decline—it’s a combination of competitive economics and environmental concerns.

Burning coal in power plants has become more and more expensive as more environmental control hardware has been required over time. First it was electrostatic precipitators to take out the particulates n the exhaust, then scrubbers for the SO2 and now technologies to remove mercury and other trace metals.  The final step, currently on hold due to litigation, is the Federal proposed requirement – the Clean Power Plan – to decrease the CO2 emitted from burning coal, given its impact on global warming.  And since coal is almost all carbon, this is a real problem.  It is even more challenging because no cheap or easy way exists to separate the CO2 from the other gasses going up the stack of a coal plant.  The most recent effort to solve this challenge, the Kemper plant in Mississippi, has gone from an initial budget of $2.9 billion, to a current estimate of $6.7 billion.  And it is neither finished nor working, two years after it was supposed to be on line.

But it may be natural gas and solar that really finish coal.

Plants powered by natural gas are cheaper to build and run, and produce far fewer traditional pollutants, and only about forty percent of the CO2 of coal.  The fracking boom has driven gas prices below $5/mmbtu for the last five years, and frequently below $2.00.  This has made gas a better economic choice in competitive markets.  And recent solar prices in utility scale applications—even below 3 cents a kwh in Abu Dhabi a month ago—make electricity from new solar plants cheaper than just the operating cost of coal plants.  The CEO of AES’ largely coal US plants, Ken Zabgrebski, recently remarked at a recent energy conference in Arizona that the future was clearly solar.

And the rest of the world?  China is the largest producer of coal anywhere, with production for 2009 estimated at three times that of the US. But even here, the pressure of unbreathable air in Beijing and other large Chinese cities, and the demands of climate change mitigation have resulted in a startling turn of events: in 2013, China added more renewable energy capacity to its grid than it did coal, and by a ratio of about four to three.  And in Germany at 2 PM on Sunday May 15, solar and wind combined to supply “almost all” of Germany’s power needs, 45.5 out of 45.8 Gigawatts.  This happened in a power system that as recently as 2013 derived 45 percent of its electricity from burning coal.

It is not pleasant to watch wrenching change. It is less pleasant to be on the wrong side of it, especially when the impacts include joblessness for people who have made a decent living from mining coal.  But technological advances, the working of markets and the requirements of the widespread consensus on environmental needs occurring simultaneously are difficult to withstand.  Just ask any of the 28 US coal companies who have gone bankrupt in the last seven years, including Peabody, the world’s largest coal company.

Merle Haggard sang, “It’s dark as a dungeon way down in the mines.” The same is now true in every coal company boardroom.

R.F. is the former CEO of AES and the author of Stories from the Middle Seat: The Four-Million-Mile Journey to Building a Billion Dollar International Business.