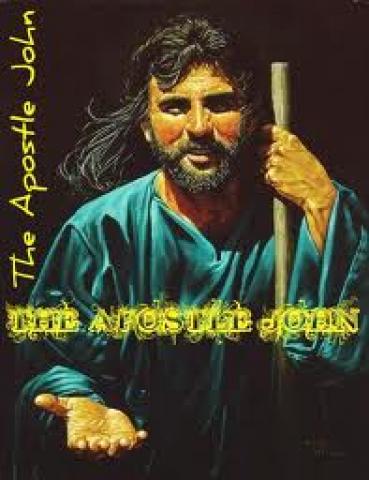 Over the past several months or so, I’ve noticed an elevated pre-occupation in the writings, by my Christian brothers and sisters concerning the Rapture, The breaking of The Seven Seals, The arrival of the Anti-Christ, and his False Prophet, the catystrophic events of earthquakes, volcanic eruptions, and the likes. Whether we like it our not, as humans we have absolutely no control over any of these events, so why are we concerning ourselves with them.

My Christian brothers and sisters seem to have become pre-occupied on the possibility of The Great Tribulation, and its possible nearness. Their writings about it have taken a form of fear-mongering, which is not Christian like at all. Some are concerned about the Great Rapture, which is supposed to cause 1/3 of all humanity to suddenly without notice simply in the twinkle of an eye disappear, wondering if they are the ones to be caught up, or will they be the ones left behind. This is not something that can be avoided one way or another, 1/3 of all humanity, those closest to being considered Holy or near Holy will be taken, and those remaining will have to face and survive the next seven years of tribulation. It’s that simple.

Some are trying to second-guess as to who is The Anti-Christ, and or the False Prophet. Some have even gone as far as saying they believe that the US.President could be either one of these. As a Christian, it is not our way to point a accusing finger, for none are without sin.

Others still are trying to discern whether or not the 7 seals are being broken or have already been broken, trying to discern the seven years of the great tribulation or Armegeddon, and Christ’s final return to deal with satan.

Since the Apostle John’s book of Revelation is Prophetic in nature, and not factual, to be able to discern anything from it, and, since there is no biblical, factual, historic events, to link towards the possibility of even being close to any of John’s prophetic writing being in the here and now, or in the near future, I feel that my Christian brothers and sisters are trying to second guess God, plus if there are no concrete facts that can be reported, than it is mere rumor and gossip.

Jesus warns us that there is no clues that will point out or identify either satan’s and the Anti-Christ’s appearance, as he will come as a thief in the night and there are no signs as to Jesus’ s return, either.

The fact of the matter is though, there is absolutely nothing that we as humans can do to prevent that which might, or can, or will happen, to our physical mortal bodies. They will die, and we can’t stop this from happening no matter what.

Satan could care less about that part of us. It is our Spiritual selves, our immortal souls if you will, that he is concerned with, and he will say, or do, or promise you, anything you want to hear from him, to try and convince you to forget about your salvation, and follow him.

The fact of the matter is, he cannot deliver, his powers are illusionary not real. None of his powers or abilities are his own, none are his to give or to share. Even satan’s temptation in the wilderness of power and riches, they were not his to share, merely a lie,a trick, to get Jesus to submit to him.

Whether or not any of this prophetic stuff from John’s book of Revelation is here or near, could happen, might happen, or whatever, the important thing for all Christians is to don the spiritually indestructible armour of Christ Jesus, and be ever firm in our belief in Him and His promises to us through His Word, The Holy Bible. This is the only thing that will protect you totally from satan and his lying nature and his wicked deceiptfulness, not worrying about what could or might or will happen.

As christians, whether or not all of this Revelation stuff is here and now, or 100, or 1,000 years from now Guard your heavenly spirit, your immortal soul, not your physical mortality, that mst and will cease anyway.