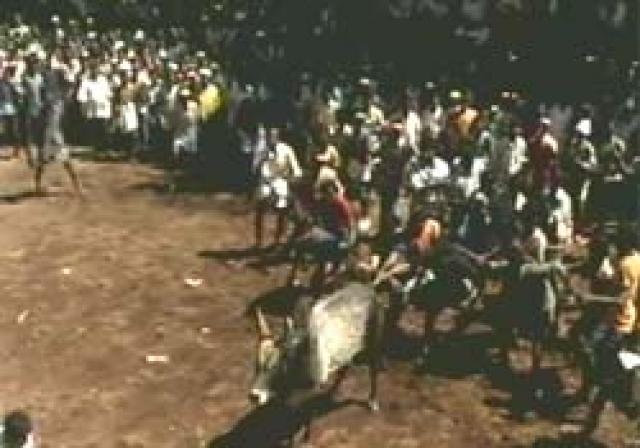 ‘Pongal’ is a harvest festival equivalent to a thanksgiving event celebrated by Tamils across the world. Among the many joys of this festival, people take part in Jallikatu, an annual bullfighting or rather bull taming sport, where a bull is prodded with sticks and missiles by hundreds of onlookers and provoked into charging at them while they run for cover. A bundle of notes which is tied to its horns, acts as an incentive for men to take on the bull.

Ironical, because the cow and bull is a sacred symbol and is worshipped in India!

The Supreme court has banned this festival, based on a plea from animal activists that Jallikattu is barbaric. But the government has influenced to the court to allow the bullfighting under supervision. A pity – because everyone knows that you cannot supervise the multitudes that throng the barbaric sport of Jallikattu.

In Karnataka, ‘Sankranti’ is celebrated is a harvest festival. It is a celebration of spring on the occasion of the ‘ascent’ of the sun to the north. In Maharashtra, Karnataka as well as parts of Andhra Pradesh, Sankranti is a day of goodwill and friendship.

This year, in addition to the many rituals of celebration, bulls were forced to walk and jump through fire. Deccan Herald, a leading news paper, published in its front page, a horrific picture of a bull being pulled and pushed through a roaring blaze.

During the recent ‘Bakrid’ festival in December, hundreds of thousands of goat and sheep and camel were slaughtered in Bangalore alone. In certain areas, blood flows in the streets.

During most festivals, people celebrate in various ways, but pay scant attention to the environment, by littering the roads as well as lakes, other water bodies and polluting the atmosphere.

Makes one wonder about the true cause of celebrating a festival…