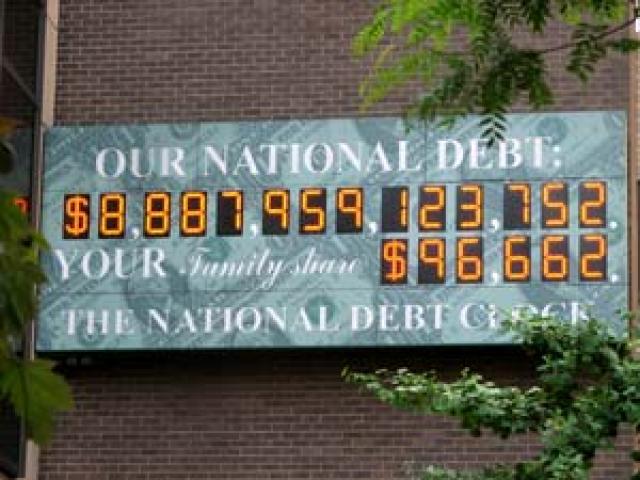 When can one say that the United States of America are losing it completely and that even their influence on the rest of the world, almost incomparable in the History of mankind, will only weaken and make the country less and less attractive to foreign investors?

When can one say that the United States of America are in a period of continuous decline, and that unless the American people actually elect a president to create a break with the Bush administration and the Bush years (Obama for example…), the country will only sink deeper and deeper into economical and civil instability?

Maybe can we actually already say all that since a few days ago a symbol of the United States economical worry, the National Debt Clock (the famous clock on 1133 Avenue of the Americas, in Manhattan, displaying in real time the level of the American national debt) could not display the figure on its screen without getting rid of the dollar symbol. On 30th September, one needed to add a dollar sticker to unable the clock to show that the American debt reached more than 10,187,754,347,408.87* dollars!

Of course all the media in the country loved the story…