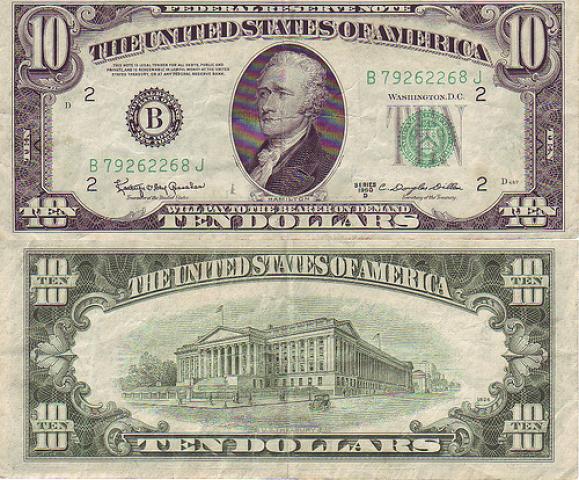 The very recent Treasury Department and Federal Reserve lender bailouts, interest rate manipulation actions, economic “stimulation” (in the form of giving taxpayers a small rebate of their own money), and now the orchestration of the Bear Sterns buyout deal (Treasury Secretary Paulson is a former Bear Sterns CEO—a very disturbing fact in light of the Morgan Stanley deal) and the reactions they are eliciting from investors (overall heady exuberance) and, all too predictably, the Democrats (“We vow to give you all more and more of the same things that have caused most of the problems in the first place”) have inspired this writer to wax full about the reality lying behind appearances.

For a long time, we have been living with a dangerous precedent in the United States—the land of the free market and the home of the brave capitalists both of which are, more and more, mere illusions.

That precedent became incarnate finally in 1913, when the Federal Reserve (which is not federal and has no reserves) was created way down South, off the coast of Georgia, at a resort for the wealthy on Jekyll Island.

Benjamin Franklin wrote that it was English Crown forcing the Colonies to accept and use only currency printed or minted in England—and lent to the Colonies at interest—instead of being permitted to freely print and circulate its own money that was the true spark the set alight the American Revolutionary War. Not the unwelcome but ultimately merely slap-in-the-face Tea Duty.

Despite this, thanks to the efforts of men such as Alexander Hamilton, we have in our history seen a First Bank of the United States centered in Philadelphia (its charter—and its support—expired in 1811), a Second Bank of the United States (signed into being by President Madison in 1816, it was opposed thirteen years later by President Jackson and, like its predecessor, was allowed to die a natural death without resurrection in 1836), a National Banking Act of 1863, and the National Monetary Commission in 1908 the last two both created by Congressional law). This last, created after an economic scare in 1907 (a scare that never turned into anything more than just that), directly set the stage for the creation of the Federal Reserve.

The Fed came into existence in 1913 in spite of the fact that a 1912 Congressional Committee concluded that the any major economic problems the United States experienced resulted from the fact that the nation’s finances had come to be controlled by a “money trust” (keep in mind, another word for “trust” is “monopoly”) and, shortly after, newly elected President Wilson (who was a de facto Socialist) and his Treasury Department were adamant that they would never permit the concentration of the control of the nation’s finances in “the hands of the banks”.

But the Federal Reserve came into existence as the result of what is arguably the most deadly sin that can be committed by big business, which gives lips service to the concept of true capitalism, and its free market competition and lack of government involvement: Monetary Commission head Senator Nelson Aldritch, who had vested interests in the private banking industry, met (in secret, no less) with giant banking magnates including Germany’s Paul Warburg, England’s Rothschild banking family, the Morgans, and the Rockefellers, along with a couple of other heads of giant New York banks, and drafted a bill that would forever intertwine the interests and dealings of Big Money banks and the United States federal government.

The story goes that it was Paul Warburg who came up with just the correct wording and initial provisions to be included in the bill to ensure its getting passed into law(it had been shot down once before). When his cohorts protested that they didn’t want such things “in our bill”, Warburg is said to have uttered, “My friends, our objective now is to get our bill passed. We can ‘fix it up’ later.”

The bill that created the Federal Reserve has been amended over one hundred times since 1913. It has indeed been “fixed up”.

It is no coincidence that the worst Depression in United States history was created less than 20 years after the Fed was (and then extended for many years by the economically inept, socialist FDR). The Fed’s monetary policy has gone on to help create bubble after bubble, and bust after bust. Times of inflation are engineered. Not necessarily on purpose—but engineered by the Fed’s actions they are. Then, the Fed rides to the rescue and saves us from ourselves…or, rather, seeks to correct its own crisis.

The latest “crisis” in the United States economy—the housing and lending boom and bust—did not come about, as the useful idiots on the TV news and the Democrats love to endlessly prattle on about—because of “predatory lending” or greedy lenders and investors (This is a topic for another place and time, but greed is not at all bad; avarice is. Greed drives prosperity and drives us to higher levels of enjoyment.) It came about because the Treasury Department and the Fed pressured lenders and banks to create more and more securitized lending packages that could be used to get nearly anyone a home loan. Fault the bankers and investors on the Street for their compliance, but don’t fault them for the idea—they weren’t the ones who decided to conjure ways to get Joe Badcredit into a house by him not having to prove his income. What they were pressured from on high to do, they did—and they tried to prosper from it, as they were supposed to.

I read the news today, and it says that Consumer Confidence is at its lowest point since the malaise-riddled year of 1973.

“Looking ahead, consumers’ outlook for business conditions, the job market, and their income prospects is quite pessimistic and suggests further weakening may be on the horizon,” says Lynn Franco, director of consumer research at the private Conference Board.

With the unnatural Fed interfering with the natural forces of the free market, why should anyone be surprised at all?