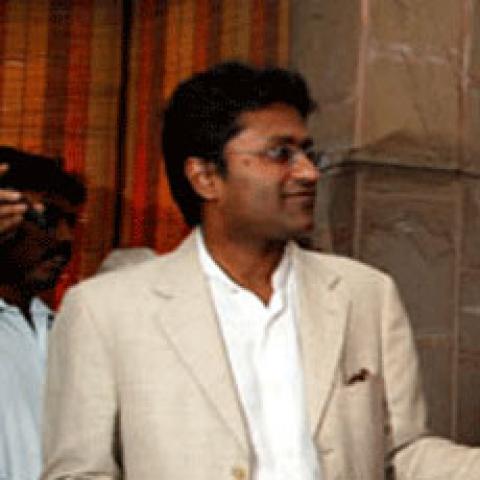 The IPL (Indian Premier League) Governing Council will decide whether IPL Chairman and Commissioner  will retain his post or be sacked at the meeting on April 26 after the BCCI reportedly denied Modi’s request for a 5-day extension to present his case.Three member core committee is likely to take over the cash-rich Indian Premier League .The the core committee is likely to include former cricketer Ravi Shastri. Indian Premier League franchise owners like Kolkata Knight Riders co-owner Jay Mehta and Bangalore Royal Challengers owner Vijay Mallya  have voiced their support for Lalit Modi.

The whole controversy started when Lalit Modi disclosed on Twitter that Minister of state for foreign affairs (now former) Shashi Tharoor’s friend Sunanda Pushkar was given free equity by IPL Kochi the minister advised against prying into the consortium’s ownership Subsequently,Shashi was forced to resign from his post by Indian national Congress (INC).Indian Minister of state for External Affairs,Shashi Tharoor lost his job because of the controversy over the Kochi IPL (Indian Premier League) franchisee.Shashi Tharoor, who resigned as Minister of State for External Affairs on (Apri18), got into controversy after IPL Commissioner Lalit Modi revealed that his friend Sunanda Pushkar had equity stakes in Kochi IPL franchisee.Sunanda, who has been seen with Tharoor at several places, is said to have been given an 18 per cent stake in the Kochi team.However,ShashiTharoor claimed the stake was no more than 4.7 percent.

Shashi Tharoor, who had run into controversies earlier over his tweets like following his controversial “cattle class-holy cows” in which Tharoor is said to have described travelers of the economy class as cattle class.But following the controversy the number of Shashi Tharoor’s tweet followers increased manifold.But after the discloser by Lolit Modi on Twitter that Shashi Tharoor’s friend Sunanda Pushkar was given free equity by IPL Kochi and the Minister’s involvement in it,his party Indian National Congress (INC) forced him to resigned.Action will also taken against Lolit Modi,the powerful  commissioner of Indian Premier League.