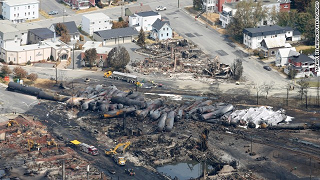 The alarm about contamination was raised by Ken Buesseler, a U.S. marine chemist. He  told CNN that building new groundwater barriers may prove as a futile exercise

Highly radioactive water from the Fukushima Daiichi nuclear plant has been oozing into groundwater and the waterfront off the nuclear plant.

On Tuesday, the Japanese authorities are reported to be pressurising the owner of the meltdown-stricken to get the challenge resolved “as soon as possible as the issue was an “emergency.”

In March 2011, three reactors melted down at Fukushima Daiichi after the massive earthquake and tsunami that struck Japan. It was the worst nuclear accident after the Soviet Union’s Chernobyl happening in 1986.

The meltdown convoluted an already historic disaster of high volume.

According to the Scientists the on-going high radiation levels in the waters off the plant for more than a year is very dangerous. In the month of July, the Tokyo Electric Power Company acknowledged the problem, as they found high concentrations of reactor byproducts tritium, cesium-137 and strontium-90 in test wells and in the harbor outside the coastal power plant.

Masayuki Ono, TEPCO’s acting nuclear power chief, said “The contaminated water is seeping out to the bay without us being able to control it,” This is an extremely serious issue we must tackle.”