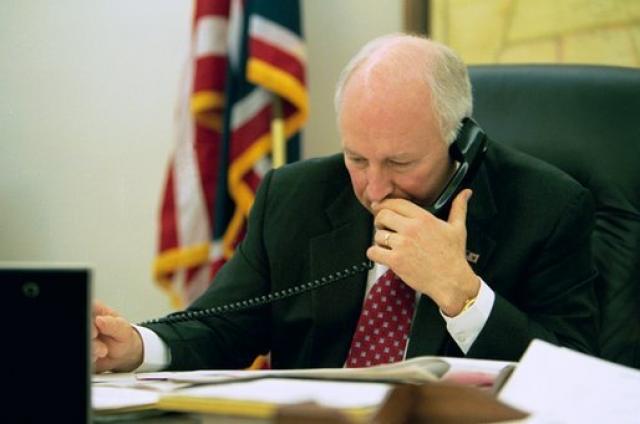 During the 1990s, there was no question who was the face of Republican Party. With his Contract with America, former Speaker of the House Newt Gingrich became a very aggressive and visible symbol of GOP ideology. However, things today are not as clear for the Republican Party, even as President Obama finds his place around the White House and Congress.

Right now, the party seems split, both in leadership and common ideals. As the difference between neo-conservatives like Dick Cheney and moderates like Colin Powell becomes greater, the solidity and sustainability of the party seems threatened. But the question remains: Who will become the actual face of the Republican Party? Like you would expect, the list contains a wide variety of characters and some conflicting ideology.

His outspokenness about "enhanced interrogation," the Iraq War, and smaller government has raised some intrigue among many within the Republican Party. Although he ran as a Republican during the campaign, Ron Paul refused to endorse either Barack Obama or John McCain because he felt neither represented a majority of his political ideals.

As a powerful proponent of individual liberties and limited government, most consider him to be more in line with the Libertarians in regards to constitutional interpretation and affiliation.

Indeed, even Hillary Clinton acknowledged that during the campaign, Ron Paul followers were some of the most "enthusiastic supporters" she had ever seen.

As a true constitutional conservative, Paul may be the person to draw together the GOP by redefining its politics to include more of a libertarian mindset, in clear opposition to the Bush-era policies of Dick Cheney.

From the beginning of the Obama administration, former Vice President Dick Cheney has criticized nearly every change made by the President from the Bush era under the guise of Obama supposedly "harming national security." While these claims may be dubious speculation at best, Cheney is gaining quite the audience on conservative talk shows, even though his administration had some of the lowest approval ratings ever.

While no longer in any sort of political office, he still holds an ever prominent, ever growing role in Republican politics and government. Some people even claim he’s being effective in shifting Democratic policies.

Perhaps in an effort to gain confidence with some Americans on national security, President Obama has recently reversed his positions on releasing controversial photographs, continuing the military tribunal system and strengthening his new policy of "indefinite detention." Whether this had anything to do with Cheney may or may not be clear.

Even still, Cheney does not believe there should be "any compromises." So, when asked about the future of the party, Cheney rejected the notion of a more moderate GOP. "If I had to choose – in terms of being Republican – I’d choose Rush Limbaugh." Meaning something significantly right of center than Colin Powell.

As the foremost critic of Obama, talk radio host Rush Limbaugh seems to be the de facto leader for now. Even before President Obama’s inauguration, Limbaugh declared that he hoped Obama would "fail." During Obama’s first hundred days in office, no one was more aggressive in attacking Obama’s appointments and policy decisions.

But Limbaugh’s positions are not fully reciprocated by much of the Republican Party. Many more moderate Republicans believe that the GOP cannot expand without "expanding its tent."

Recently, Gov. Schwarzenegger, a moderate, joked about both the role of Rush Limbaugh and his weight by calling him the "650lb gorilla" of the Republican Party. Comedy aside, many within the party are not so keen on criticizing Limbaugh because of the tremendous power he holds among his largely conservative audience and within the party.

For no better example, examine RNC chairman Michael Steele’s recent political showdown with Rush and its conclusion. Although he is technically the leader of the GOP, Limbaugh proved Steele holds no effective power within the party.

Even though Steele may be the head of the RNC and the technical leader of the Republican Party, it is clear that Rush Limbaugh holds the real strings. And if you do something he disagrees with, you will know it fairly quickly.

Recently, the feud between Limbaugh and Colin Powell has highlighted two vastly different visions for the Republican Party’s future. But, according to a CNN poll, Powell may be making ground with American voters, despite Limbaugh’s vast influence.

Representing the ever shrinking moderate wing of the party, Colin Powell has taken a lot of criticism for his disagreements with Bush and Cheney. He even crossed party lines to support President Obama during the campaign.

But that doesn’t make him a Democrat.

Despite claims to the contrary by Dick Cheney, former Secretary of State Colin Powell is still a Republican, albeit more moderate. But maybe that is the face of the new Republican Party. And maybe it’s a good thing for the Republicans if it attracts independents and younger voters.

As a moderate Republican, Powell would likely support more "liberal" social policies like gun control or gay marriage but would likely favor more Republican economic and political ideology. And he’s not alone in his views.

Prominent Republicans like Newt Gingrich have supported Powell in the idea that the party needs to extend its base to attract more independents and to retain many on-the-edge-of-the-party Republicans. Recently on "Meet the Press," Gingrich commented "I don’t want to pick a fight with Dick Cheney, but the fact is, the Republican party has to be a broad party that appeals across the country."

He later added, "To be a national party, you have to have a big enough tent that you inevitably have fights inside the tent." And that tent includes not only moderates but also neo-conservatives, libertarians, and social conservatives like Sarah Palin.

Once a formerly little known governor of Alaska, Sarah Palin raised to national prominence following her surprise pick as the Republican Vice-Presidential nominee in the 2008 election. Because of her "dark horse" status, gender and general "freshness," Palin’s appointment was meant to reinvigorate the party’s various groups and strengthen its conservative base.

While it may have invigorated many conservatives, her nomination also alienated many moderates as they felt the ticket had shifted to far right to be taken seriously.

But, despite her loss, she was still able to rally vast crowds of conservative support and even played a large part in blocking a Democratic super majority by helping re-elect Sen. Chambliss of Georgia to block the Democrat’s potential agenda.

Therefore, Sarah Palin represents the future of the "religious right" aspect of the GOP. Her support of anti-abortion measures and of teaching creationism alongside evolution has clearly gained her support among many in the religious circles.

This has prompted many to speculate on her potential eligibility for president in 2012, although she denies she will push for it. Even if she doesn’t run for office, she will likely play a large role in shaping public opinion.