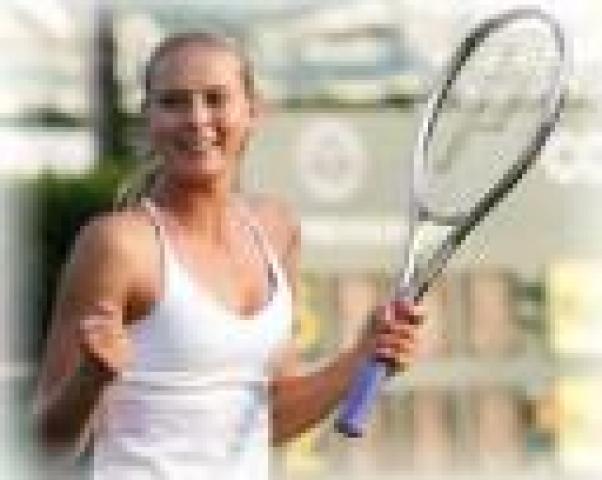 Anna may have packed her bags but now there is glamour and gusto in the shape of Maria Sharapova…. and what a shape!!
She is sexy, she is naturally attractive and she is incredibly talented

One of the most beautiful women in the world and one of the most determined and succesful tennis players around..
This cute Barbie is the one and only Queen of WTA (Women’s Tennis Association). She has won the title of the year, the Wimbeldon Grand Slam and competed in 19 tennis events this year, winning the last of WTA tours in USA. . She is cute, hot, and sexy. She is kind, friendly and lovely .She is tall, powerful and stylish. She is quick, clever and polite.
A gr8 tennis player.Born in April 19 1987, Maria Sharapova is a Russian but she resides in the USA. One of the youngest woman tennis players around and she has won some major trophies throughout her career. She rose to prominence just recently by winning the Wimbledon Open when she beat Williams.

She is one whom I look forward in watching play whenever there is a live tennis match broadcast.

:: WHAT I LIKE ABOUT MARIA SHARAPOVA ::
Maria Sharapova is one that I really like. Her playing style somehow resembles veteran Steffi Graf. And she is a real talent who will look to dominate the tennis world in years to come. Her ability to hit a powerful angled shot is 1 attribute which I really adore.

Compared to her fellow country woman, Anna Kournikova, Sharapova has lived up to her expections and even excelled in areas which many did not expect of her

Filed under: Sports
Share Tweet Pin G Plus Email
previous article: Smile From a Female Suicide Bomber
next article: If Sonia has guts, hang me to death: thunders Modi