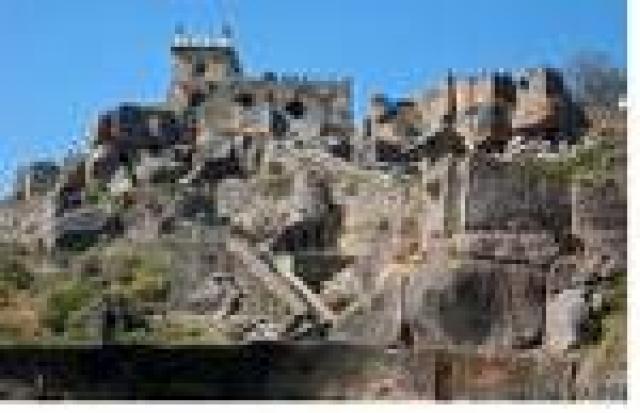 `Welcome to the ruins of Hampi, one of the most prominent world heritage sites in India,’ said a tourist guide to a group of friends from friends club. They had come with three of their team leaders to Hampi. This world heritage site is located on the banks of the river Tungabhadra in Karnataka. The guide continued, `it is considered to be the largest site of such magnitude belonging to the 15th century.

The first teem leader explained to the friends that Hampi was the magnificent capital of one of the largest empires in India history. The Vijayanagar Empire was founded in 1336 by the Telugu princes Harihara I and Bukka I. the city was spread over an area of 33 squire kilometers, and was protected by seven concentric lines of fortifications. The empire reached the height of its power under Krishnadevaraya during the period from 1509 to 1529. It came to a sudden end in 1565. The team leader explained that the disintegration of the empire occurred because of its defeat in the battle of Talikota. The city was then ransacked by the Deccan Sultans.

Another team leader drew the attention of (club) friends to the monolithic statues of Nandi and Ganapati that show the imaginative skills of the master craftsmen of that period. He also exclaimed that those craftsmen had indeed turned stone into objects of beauty and reverence!

Their third team leader informed the students that one of the best specimens of sculpture of the Vijayanagar period was the Vijay Vittala Temple complex with its famous stone chariot. The wonder –struck children saw the pillars with exquisite carvings of the figures of angles, lotuses, swans and horses. The guide who was accompanying the club friends told them, `A musical sound can be created from these pillars. Can you believe it”? And a few club friends wanted to try listening to the music from the pillars! At once, the guide struck on the pillars and created music that enchanted the club friends and team leaders alike.

Soon, the 5- meters high tower at the entrance to the Virupaksha temple caught the attention of the club friends. It was embellished with beautiful statues of Gods and goddesses. The tourist guide informed them that Lord Shiva was the tutelary deity of the Vijayanagar emperors. In front of the sanctum, they saw a hall with decorated pillars and its roof with lovely paintings. According to the guide, this is the only temple in the ruins where the deity is worshipped to this day.

The visiting club friends were amazed to see the extent of the destroyed city and wanted to stay on to explore more of the astonishing beauty of the monuments in ruins. But as the evening shadows became longer, they bade farewell to the haunting spectacle of a bygone era.