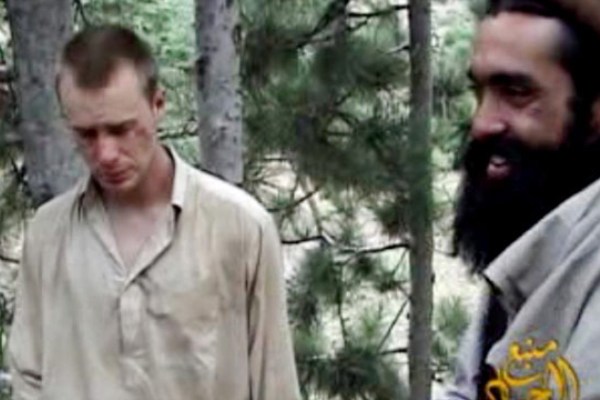 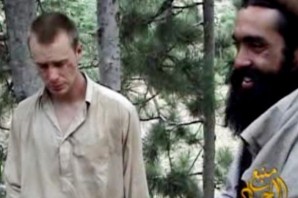 Sgt. Bergdahl with evidence showing he was hit or beaten on this “proof of life” video which aired on Al-Jazzera TV last year. Now he is being hunted at home by angry people who want him prosecuted for leaving his post in the first place? This has culminated in unspecified threat made against his parents in Idaho – the FBI is investigating!

On June 8, 2014 the Pentagon’s Press Secretary Rear Admiral John Kirby issued the following statement, apparently in response to the hundreds of queries the DoD is receiving regarding Sgt. Bergdahl:

“The Department of Defense does not comment on discussions that Sergeant Bergdahl is having with the professionals who are providing him medical and reintegration care. We will respect that process in all regards.

“As we have noted, the Army will conduct a comprehensive review to learn the circumstances of Sergeant Bergdahl’s disappearance and captivity. That process, too, needs to be respected.

“Our focus remains on providing him with the care he needs.”

There has also been an angry public backlash against the prisoner swap by President Obama for Bergdahl  for 5 high level Taliban prisoners since the airing of comments made by his platoon mates who suggest he walked off his post or deserted.

In addition prominent Republican members of Congress have also expressed “outrage” suggesting the swap for Bergdahl for 5 Taliban leaders was too high a price for one U.S. soldier.

In addition Bergdahl parents, who are innocent victims in all this have also been getting (unspecified) threats according to the FBI.

We know that Bob Bergdahl, Bowe  father has received criticism after he said ‘bismillah al-Rahman al-Rahim’, Arabic phrase in the Koran, during a speech at the White House.