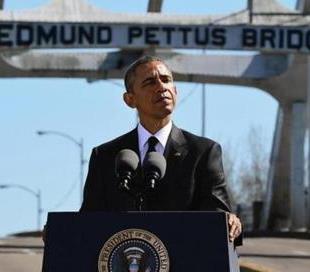 This was the Obama I have been waiting for. Often in press conferences and debates, we get what I call Professor Obama. This style is academic and long winded, void of clarity and passion.

Selma Obama was not Professor Obama. 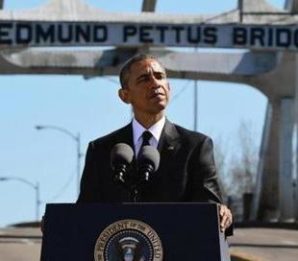 At times in his presidency he has been called Consoler in Chief because he has spoken at so many American tragedies. Consoler in Chief is a better speaker than Professor Obama, but still far from the Selma version.

Like waiting for a runner “turn it on” at the turn, I waited to see and hear President Obama take control of the podium, take control of his message, and take control of the delivery. Today at Selma was the day.
Although we say a speech was good or bad, a speech is made up of three parts: content, delivery and organization. In this speech I liked it all.

The content of this speech paid homage to both the past and the future. Loved that he seamlessly worked in Navajo code breakers, gay pioneers and Holocaust survivors. He talked about Ferguson with both emotion and logic and that is not easy to do.

But my favorite part was the delivery. As the speech built to its climax the pace quickened, the passion grew, and for a couple of minutes I could close my eyes and picture that sweltering day at the Lincoln monument when MLK gave his generation’s I Have a Dream speech.