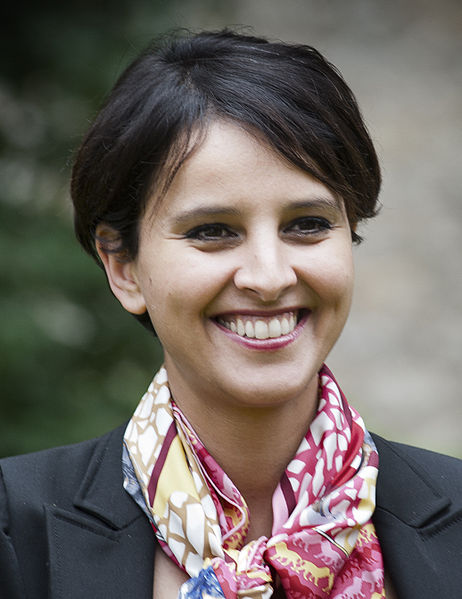 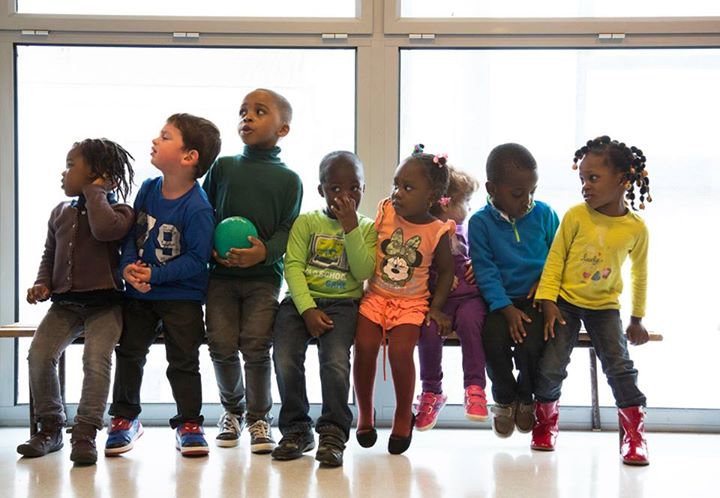 This innocent photograph of eight kindergarten children in Paris, posted on the Facebook page of the French Ministry of Education last Monday, has since received a storm of insults and racist comments, because of the children’s skin colour.

The photograph was posted on the Ministry’s Facebook page on Monday to drive its over 45,000 ‘LIKERS’ to visit its website for more information about its work and projects. However, the photograph that shows six black children and two white children in a school was seen by hundreds of visitors as a provocation, so much so that they started commenting it, leaving both insults against the government and the new Minister of Education, Najat Vallaud-Belkacem, (the first woman Minister of Education in France’s history!) and deeply disturbing racist comments, which were then shared online by hundreds of other people. 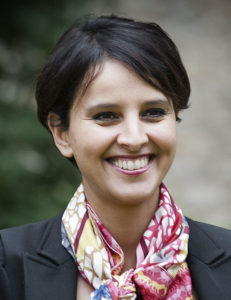 Comments from Facebook users varied from irony to being offensive and insulting, to finally being deeply racist — each comment being ‘LIKED’ and shared by hundreds of other users.

“How beautiful, diversity!”, “Is that in France?” or “Scandalous!” 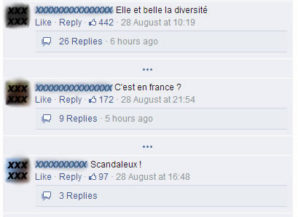 “When you look at the majority, there won’t be any more melting pot soon…”, “Poor France…”, “Wow, long live diversity!!”, “Beautiful France..” or “Shameful. I can’t wait for change”… 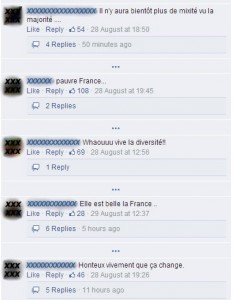 “When you see who is the new Minister of Education, I am not surprised with this picture!!! Long live France and RIP”

“With this picture, we see that the discrimination against white people is happening now! Wasn’t it possible to have at least a 50-50???”, “I think this picture doesn’t represent what French schools look like: What is the little white boy still doing there? Oh, I’m told he is a Kosovar… Look how beautiful the future of France is with the start of the replacement of the population.”, “Where are the FRENCH……..?”, “France in 50 years’ time…… 2 whites out of 8… I have a thought for the soldiers of WW1 and WW2, and the forgotten heroes of the Indochina War and Algerian War. Sacrificed for nothing :)” or “Oh my, I had not noticed at first! I think one of them is a Gypsy!” 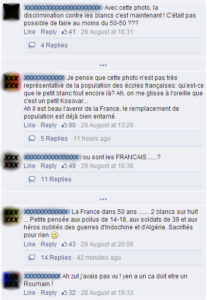 After such abuse, the Ministry of Education posted a message on the very same Facebook page, last Thursday, in which they called the comments “offensive” and “racist”, and announced that they were being removed “in accordance with the code of conduct of the (Facebook) page.” “This page is a space for positive and constructive dialogue on today’s school, not a political forum,” the Ministry also added.

However, at the time this article is being published (Sunday, 11.45pm), most comments are still available online and have not been removed from the Ministry’s Facebook page.

Filed under: News, Politics
Share Tweet Pin G Plus Email
previous article: Putin: “It is regrettably the case that the United States’ attack submarines are concentrated in the Arctic”
next article: US attack submarine missiles in the Arctic “could reach Moscow in 15-16 minutes”, warns Putin