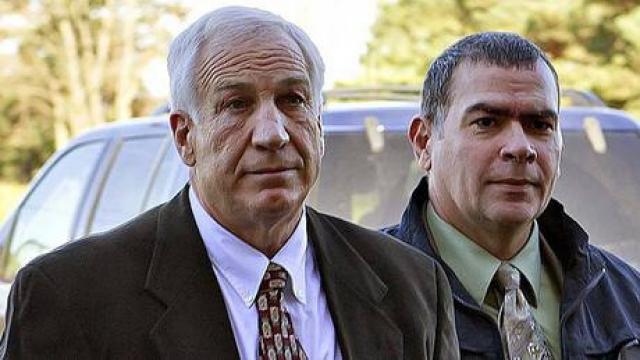 Jerry Sandusky will spend the rest of his life in prison.    For survivors, the event may likely be marked by great ambivalence.  For sure, no one will be able to celebrate, as this is far from a party!  Some may feel relieved to know that justice was done.  Men came forward, told the secrets they had locked away, and they were believed. Sandusky is one of many men and women who have committed such crimes and done life-altering damage to boys and men, and most of them walk free because the barriers to speak the truth and seek justice are still huge for most survivors.

Some survivors feel guilty and depressed after the perpetrator is sentenced.  Especially for the men who testified, it would be understandable they could feel a sense of guilt because they could be taking some responsibility for “ruining” Sandusky’s life, even though it was Sandusky’s actions that damaged their lives.  Unfortunately, survivors often feel loyal to the person who perpetrated abuse.  Given the “kindnesses” that Sandusky bestowed upon these young men as a process of grooming them, even after testifying, they might still feel a sense of loyalty and guilt.

For the men Sandusky abused who did not come forward, they may be feeling ambivalent about their silence.  They may feel relief, or may also be feeling guilty or regretful they did not take this opportunity to join forces with other victims.  And for any survivors who could seek justice, because the statute of limitations had expired or they couldn’t find the support and help they needed, the sentencing may be very painful indeed.

Shame is a common reaction to the trauma of being victimized.  Boys and men struggle with believing they should have protected themselves; they should have been “real men” and fought the abuser off.  Unfortunately, hearing about the sentencing can reactivate this shame.  If Sandusky does speak, it is quite likely he’ll attempt to downplay any damage done by his actions.  Sandusky’s words may well echo the same types of excuses many survivors have heard.  He may well blame the victim, and some victims may be vulnerable to believing him.

The sentencing provides a great opportunity to learn how to be loyal to functionality and disloyal to dysfunction.  It is a chance to say to yourself, Sandusky is guilty, the perpetrator in my life is guilty, and I refuse to accept ANY responsibility for their crimes against me anymore.  I refuse to minimize the wounds they left behind, and I refuse to believe any lies they tell about their intentions or their behaviors.    The opportunity to honor the real truth of abuse is an exercise in being loyal to functionality, and can be an important step in moving forward toward healing and thriving.

Dr. Fradkin is an Ohio Psychologist, and the author of the upcoming book, Joining Forces: Empowering Male Survivors to Thrive, to be published in November by Hay House.  He is the Co-Chairperson of the MaleSurvivor (www.malesurvivor.org) Weekends of Recovery.  More information can be found at www.howardfradkin.com


Filed under: Opinion, US
Share Tweet Pin G Plus Email
previous article: Center for Productive Longevity’s “Spotlight on Entrepreneurship” Meeting is This Thursday
next article: 10 Secrets To Have Him Coming Back